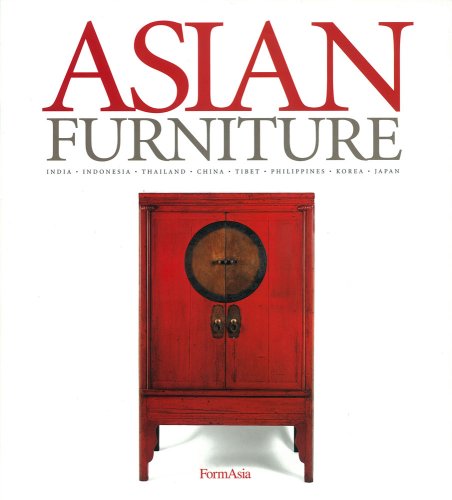 Furniture was a relatively late arrival in Asia, where climates and lifestyles were markedly different from those in Europe. But when colonial incursions and the exigencies of history conspired to bring about profound social changes, Asia underwent a sudden flowering and flourishing of furniture whose like had never been witnessed before. However far its adaptations may have been conditioned by external influence, each country imposed a stamp on its furnishing mode as unmistakably distinctive as its flag or anthem. Rather than merely succumbing to practical necessities, Asian furniture was seen as an extension of the prevailing national ethos, and fashioned as a work of art. Today these diverse styles are treasured by collectors for their ability to lend unexpected flourishes to Manhattan penthouses or grace notes to Parisian apartments, adding breathtakingly exotic touches to otherwise familiar surroundings.

Peter Moss is the former Assistant Director in charge of publicity in the Hong Kong Government Information Service, during which time he produced many books on the history, heritage and mapping of Hong Kong. He has published twenty-one books since his retirement in 1993, including books on Asian history, arts, culture and symbolism, as well as five novels.

“Gloriously photographed.... This genre is at last given its due.”
- Antiques and the Arts Weekly