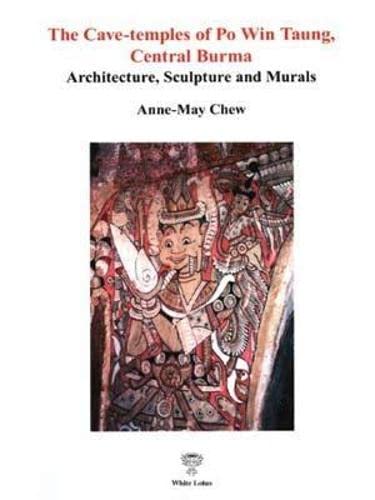 This is the first comprehensive book about Po Win Taung, a soft volcanic rock hill, situated to the north-west of Central Burma. It is a huge, multi-level religious complex with about 800 rock-cut caves, which vary from a simple meditation cell to an imposing temple. The facades are decorated in low and high relief, with some entrances flanked by human or animal sculptures in the round. The interiors of the grottoes contain numerous statues carved into the rock and over 100 caves are adorned with mural paintings illustrating traditional scenes (the 28 Buddha of the Past, previous lives of Buddha Gotama, and the Life of Buddha) including scenes of daily life. For the most part, the works of Po Win Taung date from the second Ava period (16th-18th centuries), and to a lesser extent, the colonial period (last quarter of the 19th until mid 20th century). This book defines the characteristics of the Nyaung Yan style, generally designated as the Ava style, which is little known to the art world. The artistic treasures of Po Win Taung allow us to explore and comprehend this style to a much greater extent. They show a profound syncretism harmonizing local pre-Buddhist beliefs and the fundamental teachings of Theravada Buddhism as well as the different sources of inspiration (Chinese, Indian, Portuguese, Siamese Muslim and European) which have influenced the Nyaung Yan style.