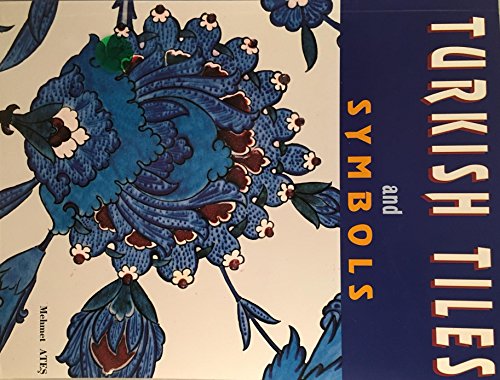 Excerpt from the Preface: The art of tile-making which has developed together with architecture, has been introduced to Anatolia by Turks, and has reached its pinnacle in the Ottoman period. The mosaics and frescoes; decorative elements of the Byzantian architecture that were used in Anatolia, were replaced by tiles in Turkish art. Thus, the use of tiles in Anatolia has become widespread and a superior pace of development was attained parallel to the demand on tiles, in colors and quality. Tile, which has found a widespread area of application in the Islamic architecture has attracted Europe's attention to this art form and this interest has increased as time has gone by. Colors used in the Ottoman period being the discoveries of individual master tile-makers, these masters have concealed the chemical mixtures that the colors they themselves have discovered. Thus, a color combination invented by one master could not be reproduced by another. As a result, certain magnificent color spectrums have been produced, however these have disappeared from the stage of history, their reproduction having rendered impossible by the death of their masters. For instance, fire-red which is still looked at in awe, has disappeared in time, being replaced by a much paler brick red. Discussed history and art of Turkish tiles.

Book Description Milet Publishing Limited. Paperback. Condition: Very Good. A copy that has been read, but remains in excellent condition. Pages are intact and are not marred by notes or highlighting, but may contain a neat previous owner name. The spine remains undamaged. At ThriftBooks, our motto is: Read More, Spend Less. Seller Inventory # G9759610191I4N00