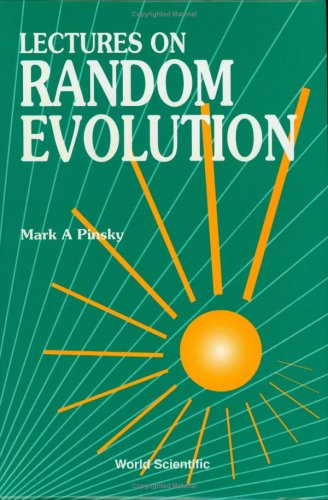 Random evolution denotes a class of stochastic processes which evolve according to a rule which varies in time according to jumps. This is in contrast to diffusion processes, which assume that the rule changes continuously with time. Random evolutions provide a very flexible language, having the advantage that they permit direct numerical simulation-which is not possible for a diffusion process. Furthermore, they allow connections with hyperbolic partial differential equations and the kinetic theory of gases, which is impossible within the domain of diffusion proceses. They also posses great geometric invariance, allowing formulation on an arbitrary Riemannian manifold. In the field of stochastic stability, random evolutions furnish some easily computable models in which to study the Lyapunov exponent and rotation numbers of oscillators under the influence of noise. This monograph presents the various aspects of random evolution in an accessible and interesting format which will appeal to a large scientific audience.

"The book is nicely written, going from the simplest to the general case, obtaining all the basic results along the way." Henryk Gzyl Mathematical Reviews, 1993