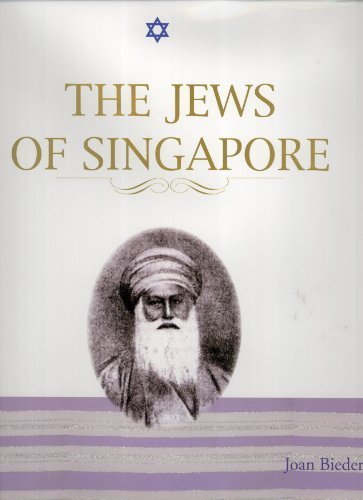 Many would be surprised to learn that Singapore has been home to a thriving Jewish community for almost 170 years - and even more surprised to hear that the community traces its roots to Baghdad, Iraq. What brought this group of Jewish pioneers from Baghdad to an island in the Southeast Asia? How did a group of Judeo-Arabic speaking immigrants in long exotic robes get along with their Malayan, Chinese, Indian and Indonesian neighbours? How did they survive World War II as prisoners in Japanese internment camps, even forming a camp "university" for a time, and why was it that, when the survivors emerged ragged and starved from the camps, a former Jewish prisoner led the country to independence from British rule? What forces brought Singapore's Jewish community to near-extinction in the 1980s, and how were they led to rebirth and renewal in the new century that promises the community success and well-being in the years to come? To give a full picture of the community, the author weaves together information from interviews, oral histories, memoirs, personal letters, family documents, photographs, correspondence and government records from Singapore, Israeli, Dutch and British archives, and traces the histories of the community's larger-than-life leaders and their families. Told through an introduction and 18 chapters, the author reveals how Jewish community members in Singapore suffered, survived and prospered to the present times. The book, with 450 illustrations and maps, and peppered with numerous box stories, highlights the contributions that Jewish leaders have made to Singaporean finance, business, medicine and law, while living in a Republic that provides respect, religious freedom, equal opportunity and full integration into society.

Buy Used
Condition: Very Good
Some light wear and rubbing to... Learn more about this copy

2. The Jews of Singapore