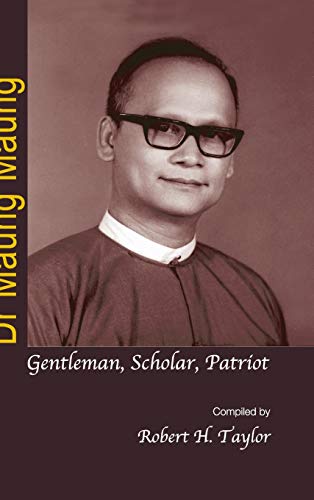 Dr Maung Maung (1925-94) was a man of many parts: scholar, soldier, nationalist, internationalist, parliamentarian, and public servant. His life spanned seven decades of political, economic and social turbulence in the country he loved and served, Myanmar. A pioneer amongst post-colonial journalists in Southeast Asia, he was equally at home in the libraries and seminars of universities in the United States, Europe and Australia during the Cold War. As a jurist, Dr Maung Maung knew the law must remain relevant to changing societal requirements. As an author, he wrote weighty scholarly tomes and light-hearted accounts spiced with his wry observations on human foibles. He was a keen observer of human strengths and weaknesses. A loyal friend, he never maligned his critics or denied their merits. As a man of affairs, he was capable of understanding the weaknesses of the institutions that he served and that ultimately failed to live up to their ideals. This book collects together a number of his now obscure but important historical and journalistic essays with a full bibliography of his works.