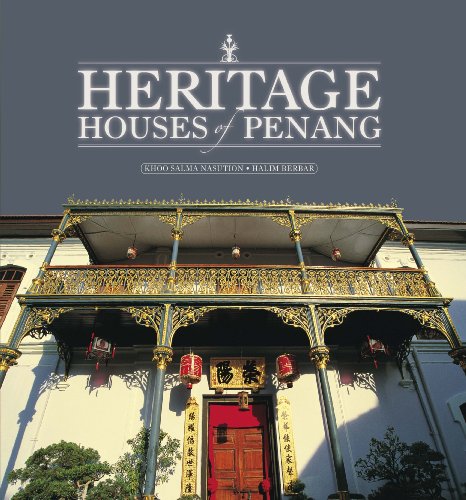 'Contemporary Penang is no longer a pristine island but a modern metropolis...urban aesthetic and architecture which have been taken for granted for decades are now re-appreciated.
With growing international interest and the efforts of a local heritage movement, identity and traditions are being renewed.
In the 21st century, a new generation has come to appreciate what Penang has to offer. Substance has always been there and, with a little polish, Penang's heritage homes are beginning to glisten in what Peter Carey calls that almost perfect island .'
Author-Khoo Salma Nasution
Homes of Penang poses a stunning legacy of cultural and historical insights through the architectural styles of Penang s dwellings.
These styles, which envelops the form, the structure, and the overall culture and attitude of living, takes you on a vivid journey through space and time. In this book, Khoo Salma Nasution will take you through the growth of the Penang home from its traditional roots in Anglo-Malay housing styles to the eclectic mixed abode of today.

The writer is Penang's foremost historian and conservationist Khoo Salma Nasution who has researched and authored a number of well-received publications on her areas of interest.
The lavish photographs in the book are the work of internationally acclaimed French photographer Halim Berbar who also runs a photo agency based in Kuala Lumpur.