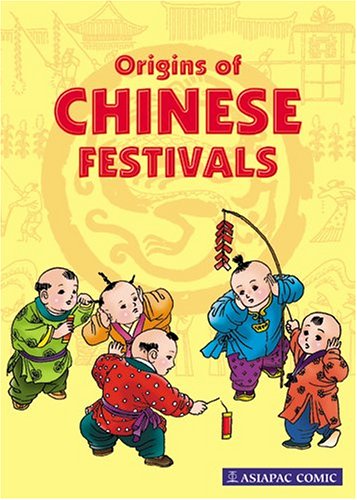 The Chinese people have a history of 5,000 years of civilization. Information about the origins of Chinese traditional festivals not only help us to understand the customs and everyday habits of the Chinese but also their rich cultural heritage. The reader will be intrigued to learn that many of the stories associated with Chinese festivals have evolved with the changes in the development of the Chinese civilization and as a consequence have become an integral part of the Chinese culture. Because of the progress of science and technology, and the gradual shedding of ethnic traditions for modern and universal ways, many Chinese are no longer able to tell how their festivals originated. This is especially true of Chinese communities outside their homeland. This book on the origins of the festivals and popular stories associated with them will help the reader to appreciate how the celebration of these festivals acted as a social glue in identifying and helping the Chinese stick together as a race throughout their long history and wherever they are found.

Born in 1966, Katerine Goh Pei Ki graduated in Fashion Art/Dress Making at the Baharuddin Vocational Institute, Singapore. Later in life, she developed a passion for Chinese studies, and in 2003, graduated with a Bachelor or Arts in Chinese Language and Literature from Beijing Normal University. She as completed an academic paper on Yu Guanzhong's works on the theme of 'homesickness'.

Katherine Goh has done extensive editorials as well as interview works. She has written the script for these Asiapac publications : Origins of Chinese Festivals, The Moon Maiden and Legends of Ji Gong. Currently, she coaches students in Chinese classes at the Han Language Centre, Singapore.

Fu Chunjiang, born in 1974, is a native of Chongqing municipality in southeastern China's Sichuan province. He has been fond of drawing ever since childhood and graduated in Chinese language studies. Fu loves traditional Chinese culture and has tried his hand at drawing comics.

Since 1994 he has been drawing comics and his works include The Story of Kites and The Faint-hearted Hero. He has also participated in the production of One Riddle for One Story.