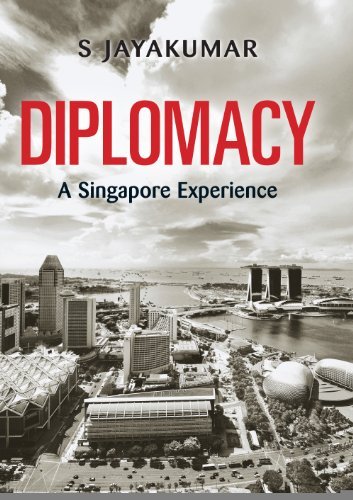 After more than four decades of independence, Singapore has built up a significant corpus of norms, principles and experiences that form the bedrock of its foreign policy. Many of these milestone events and watershed moments in MFA's history are known only to a handful of ministers and officials. There is a need to always remember the fundamentals of our key foreign policy interests. In Diplomacy: A Singapore Experience, Prof S Jayakumar records his reflections on selected episodes and events where he was involved as Minister or as Permanent Representative to the UN. They illustrate how Singapore created diplomatic and economic space for itself, and its proactive diplomacy in the UN and ASEAN. The author also recounts Singapore's responses to moves by other countries that were inimical to its national interests, resolving disputes in an amicable manner through third party settlement, now an important feature of Singapore's foreign policy. Included are episodes in bilateral relations with Malaysia, Indonesia and China which demonstrate that such relations must be on the basis of equals respecting each other's soverign status, and also in compliance with international law and international agreements.

Book Description Straits Timess Press. Hardcover. Condition: Very Good. A copy that has been read, but remains in excellent condition. Pages are intact and are not marred by notes or highlighting, but may contain a neat previous owner name. The spine remains undamaged. At ThriftBooks, our motto is: Read More, Spend Less. Seller Inventory # G9814266949I4N00

Book Description Straits Timess Press, 2011. Hardcover. Condition: Good. Connecting readers with great books since 1972. Used books may not include companion materials, some shelf wear, may contain highlighting/notes, may not include cdrom or access codes. Customer service is our top priority!. Seller Inventory # S_229722682