Items related to Concept and Reality of Existence

Concept and Reality of Existence 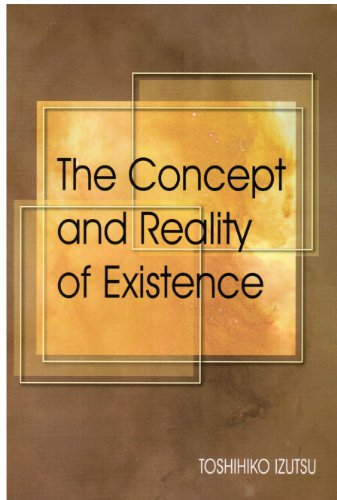 The actual presence of things, writes Prof. Izutsu, is their existence. They are there. They do exist, as we ourselves exist. On the other hand, they are not there in the form of pure 'existences'. They ćexistĆ as various and variegated things: man, horse, stone, tree, etc. This collection of four papers by the late Japanese scholar remains the best comparative study of the notion of existence (wujud) in Eastern and European philosophy. First written during 1968-1970, they centre around the topic of the reality and concept of existence as it has been elaborated in the post-Mongol period of Islamic philosophy. The author attempts to "uncover and recapture" the spirit of 'irfan', a type of metaphysics that has developed in Persia as a combination of mysticism and rational thinking. The fourth essay on metaphysics, which originally appeared as an introduction to Sharh-i-Manzumah by the renowned nineteenth century Iranian philosopher Hadi Sabzawari, is regarded as one of the most profound studies of Islamic metaphysics of Persia's greatest philosopher, Sadr al-Din al-Shirazi.

1. Concept and Reality of Existence