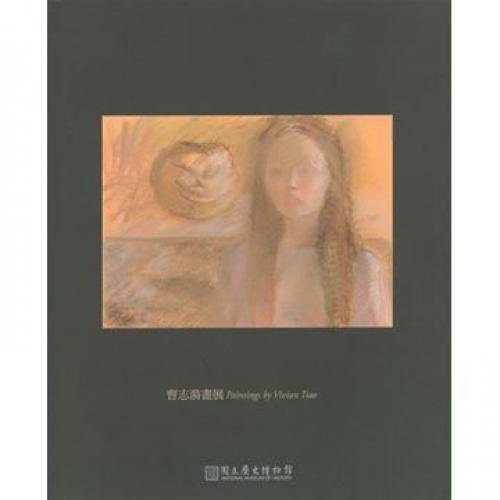 The new book Paintings by Vivian Tsao portrays an eclectic art journey of painter Vivian Tsao whose cultural root goes back to Asia. The elegantly printed book contains more than 44 color plates of her oils and pastels over 35 years. Inspired by the steady sun in Arabia, the young painter, whose training stemmed from the classical and the contemporary in China and in the West, began to dialogue with light. Her brush followed the moment to moment observation of her intimate surroundings. The markings of people and of scenes from the interior were woven symphonically into the delicate light in the picture. During the long process of working, she noted the subliminal and the abstract on canvas. The bilingual English/Chinese book was published by the National Museum of History in Taiwan on the occasion of her invitational exhibition in 2009. It was illuminated with essays such as Into the Light: The Paintings by Vivian Tsao by art critic David Cohen. The article Mirrored Afternoon by Tsao read like an autobiography. The Chronicle of Artistic Development written by the author led to a surprise discovery. Tsao realized while writing that her journey differed from that of mainstream artists that she had studied. It reflected her experiences as a contemporary Asian artist whose search in art encompassed modern art and Chinese literature. Its unique expression derived from her contact with light in New York, Taipei and by the Red Sea.

Vivian Tsao, painter and writer on art in both Chinese and English languages, began her art education as a child in Taiwan, the Republic of China. Her artistic training in both Chinese and Western traditions started early. While in middle school, she entered the studio of Prof. Sun To-ze and made frequent visits to the National Palace Museum in Taipei. After receiving an M.F.A. degree in painting from Carnegie Mellon University, Tsao joined her husband and began creating in her studio in Arabia. Now a resident of New York, Tsao has exhibited her art in places such as the American Academy of Arts and Letters and Brooklyn Museum in the U.S., and the National Museum of History in Taiwan. She was a recipient of the artist-in-residence grant from the New York State Council on the Arts. Her works are included in books such as 100 New York Painters by Cynthia Dantzic. Tsao is also the author of the book in Chinese The Mark of Time: Dialogues with Vivian Tsao on Art in New York published by Lionart Books Company in Taiwan. It includes in-depth interviews with contemporary art figures such as Philip Pearlstein, Antonio Lopez Garcia and Hilton Kramer. In 2012, Tsao was a presenter on the panel The National Arts Club Authors' Showcase sponsored by the Literary Committee of that Club in New York City.

The work of Vivian Tsao tells the story of interiors. The latter can at times refer to actual architectural spaces, such as the artist's home or studio, but it more importantly applies to her inner life and emotional reality. Her subjects vary, yet Tsao's quest does not waiver: to investigate and process the pillars that make up her life. These primarily include her work, her home and those who share her life with her. They are the ingredients of a significant psychological undercurrent that becomes the more apparent the more one studies Tsao's work at large. In this context, the oil paintings and pastels brought together in this new publication inevitably form a narrative. Despite its unembellished title, Paintings by Vivian Tsao offers a comprehensive and an eclectic look into the artist's day-to-day reality. This introduction entails portraits of Tsao and a couple of her confidants, such as her husband Clyde. It is through still lifes and depictions of rooms however, that we more thoroughly encounter a life rich in solitary hours that the artist requires for her work.

While the book devotes one page to each composition, allowing the reader to focus on works individually, the selected group nevertheless fuses into one dream-like sequence. A bookshelf stacked with accumulated information, a desk offering traces of letter correspondence, or an almost empty hallway leading towards an opened door (and symbolically to manifold possibilities), are among Tsao's characteristic motifs. The scenes feel familiar and because of that sentiment, they often appear at once as soothing and tranquil. This quality is enhanced by Tsao's loose brushwork and palette, which in a Morandi-esque manner focuses on harmonious color nuances. Handled with delicacy of spirit, Tsao's intimate subjects exude a distinct sense of comfort and timelessness. We wonder: What is this place, this time we are entering in the role of the observer? Are we voyeurs, who intrude on someone else's privacy? Or are we finding remnants of our own past in Tsao's compositions? Open for interpretation and association, her work reads rather cinematically. Each room, no matter if devoid of a human presence or not, has the lingering scent of people coming and going, who have either left recently or a long time ago. We are, so the underlying invitation, to gather information from Tsao's visuals but also to project ourselves onto this world that emerges more clearly work by work, page by page, frame by frame.

Paintings by Vivian Tsao is not broken up into chapters. Furthermore, the book's organization is not strictly chronological. Within the context of the publication, Tsao's self-portraits manifest as a moving sojourn. The earliest self-portrait included in the book dates from 1974 when Tsao was twenty-four years old. Lines were more pronounced during these formative years, when the artist carved out form expressively. We also encounter the artists at the age of twenty-seven, her style maturing, and at forty and fifty. We follow her through the years like silent witnesses. Twice, we join her in front of the easel as she paints herself. The most introspective self-portrait comes in the form of A Mirror, which Tsao painted in 1990. Here we only see the artist as a reflection, her slim frame resting on the right side of a large round mirror. Only one of her eyes is sharp while the features of the right side of her face are out of focus. On the left side of the scene, an open door frame is reflected. The warm yellow light that appears on the other side of this door and leads into another room (maybe another life) creates a stark contrast to Tsao, who is dressed in black and seems somewhat alienated. In this particular constellation, she is both present and slowly vanishing.

The inspiration of Tsao's painting comes from life. Her subject matter seems to have been picked effortlessly. The main character of the painting can be a person or a pure landscape. From the more realistic style in her young years to the intuitive creative style derived from a spiritual dimension in her traveling life, her art, whether its brushwork or expression, manifests a harmonized beauty that flows between the consciousness and the subconsciousness. --Alice Chen, Beautiful Life TV, Taiwan

Book Description National Museum of History. Paperback. Condition: As New. An apparently unread copy in perfect condition. Dust cover is intact; pages are clean and are not marred by notes or folds of any kind. At ThriftBooks, our motto is: Read More, Spend Less. Seller Inventory # G9860195587I2N00

Book Description National Museum of History, 2009. Softcover, 140 pages, in English and Chinese; as new condition, clean and crisp; inscribed and signed by Vivian Tsao on title page; no other internal marks. Foreign shipping may be extra. Seller Inventory # PaTsNa50