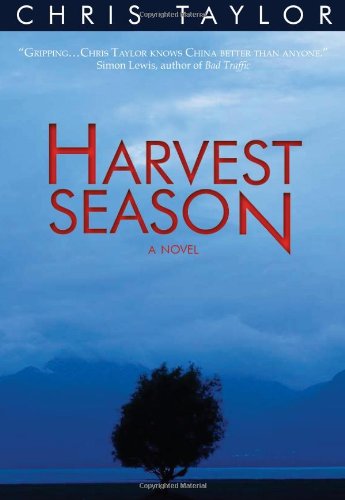 More than a decade after first discovering an idyllic walled town deep in the mountains of southwest China, a former guidebook writer returns to find his modern-day vision of Shangrila threatened by an outsider intent on bringing the party scene to town. When he falls for the newcomer's fire-dancing Chinese girlfriend, he becomes entangled in a conflict that pits the drug-addled Westerners against increasingly hostile locals. A dark exploration of the disrupting effects of change, globalization and travel, Harvest Season also provides a glimpse of a China most of us never imagined existed.

Welcome to Harvest Season. I hope you enjoy it. It was intended to be enjoyed, even though it was written under dark circumstances and the "harvest" of the title is no harvest at all - which was, of course, largely the point. I don't think it's the job of any writer to make appeals on the behalf of their works, but clearly when something is met by some degree of incomprehension a note of explanation should perhaps be offered. I make no apologies for the fact that nobody in this book is doing anything; I don't think anyone is anywhere right now - and that again is a point. Matt, the first person narrator, may or may not be me - that is not the point. The only point - as I see it - of Harvest Season was to sow a dream and then to show the horror of the harvest.

"Somebody's going to end up dead and I hope it's not you."

Book Description China Economic Review Publishing. Paperback. Condition: new. BRAND NEW, Harvest Season, Chris Taylor, More than a decade after first discovering an idyllic, ancient, walled town deep in the mountains of southwest China, Matt, a former guidebook writer, returns to find his modern-day vision of Shangrila threatened by a brash outsider intent on putting the town on the party circuit. Matt falls for the newcomer's fiery girlfriend and becomes entangled in a power struggle that pits the drug-addled Westerners against increasingly hostile locals. A dark exploration of the disrupting effects of outsiders, this dynamic narrative is a unique look at an alternative culture in China. Seller Inventory # B9789881909008