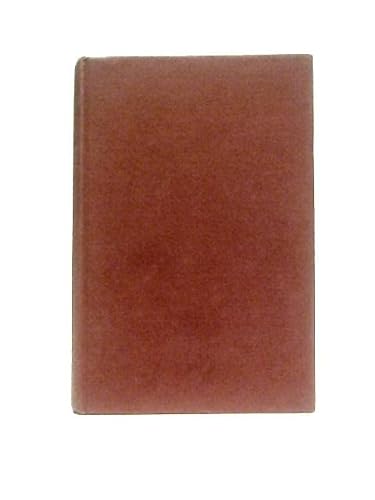 Winner of The 1963 National Book Award for Fiction.

The hero of J.F. Powers's comic masterpiece is Father Urban, a man of the cloth who is also a man of the world. Charming, with an expansive vision of the spiritual life and a high tolerance for moral ambiguity, Urban enjoys a national reputation as a speaker on the religious circuit and has big plans for the future. But then the provincial head of his dowdy religious order banishes him to a retreat house in the Minnesota hinterlands. Father Urban soon bounces back, carrying God's word with undaunted enthusiasm through the golf courses, fishing lodges, and backyard barbecues of his new turf. Yet even as he triumphs his tribulations mount, and in the end his greatest success proves a setback from which he cannot recover.

First published in 1962, Morte D'Urban has been praised by writers as various as Gore Vidal, William Gass, Mary Gordon, and Philip Roth. This beautifully observed, often hilarious tale of a most unlikely Knight of Faith is among the finest achievements of an author whose singular vision assures him a permanent place in American literature.

A comic masterpiece by a criminally neglected writer, J.F. Powers's Morte D'Urban has had a checkered commercial history from the very start. The original publisher failed to reprint the novel after it won the 1963 National Book Award, and although it's had various paperback reincarnations since then, these too have tended to disappear from the shelves. Perhaps any novel about Catholic priests in the Protestant Midwest would be in for some tough sledding. Still, it's hard to think of a funnier piece of writing, or one more accurately attuned to the deadpan rhythms of American speech. Doubters need only consult Father Urban's sermons, which mix pure banality and theological hairsplitting in such exact proportions as to suggest Babbitt in a clerical collar. Yet Powers also manages a kind of last-minute legerdemain, transforming his satiric romp into a deadly serious, and deeply moving, exploration of faith.

The satire, of course, is itself worth the price of admission. Poor Father Urban, mired in a 10th-rate religious order!

It seemed to him that the Order of St. Clement labored under the curse of mediocrity, and had done so almost from the beginning. In Europe, the Clementines hadn't (it was always said) recovered from the French Revolution. It was certain that they hadn't ever really got going in the New World. Their history revealed little to brag about--one saint (the Holy Founder) and a few bishops of missionary sees, no theologians worthy of the name, no original thinkers, not even a scientist. The Clementines were unique in that they were noted for nothing at all.

The clash between this ecclesiastical overachiever and his underachieving brethren never loses its comedic charge. It also occasions plenty of politicking and ex cathedra combat, involving not only the Clementines but various diocesan heavyweights. Who will win this holy war? When Father Urban lures unbelievers to the order's Minnesota property with a world-class golf course--complete with a "shrine of Our Lady below No. 5 green"--his triumph seems assured. Yet his ability to balance between the secular and the sacred is what ultimately collapses, along with his "secret ascendancy over the life around him." In an age when fiction seems to have lost some of its power to instruct and amuse (and not necessarily in that order), Morte D'Urban is brilliant enough to make believers of us all. --James Marcus About the Author:

J. F. Powers (1917-1999) was born in Jacksonville, Illinois, and studied at Northwestern University while holding a variety of jobs in Chicago and working on his writing. He published his first stories in The Catholic Worker and, as a pacifist, spent thirteen months in prison during World War II. Powers was the author of three collections of short stories and two novels—Morte D’Urban, which won the National Book Award, andWheat That Springeth Green—all of which have been reissued by New York Review Books. He lived in Ireland and the United States and taught for many years at St John’s University in Collegeville, Minnesota.

Elizabeth Hardwick (1916-2007) was born in Lexington, Kentucky, and educated at the University of Kentucky and Columbia University. A recipient of a Gold Medal from the American Academy of Arts and Letters, she is the author of three novels, a biography of Herman Melville, and four collections of essays. She was a co-founder and advisory editor of The New York Review of Books and contributed more than one hundred reviews, articles, reflections, and letters to the magazine. NYRB Classics publishes Sleepless Nights, a novel, and Seduction and Betrayal, a study of women in literature.