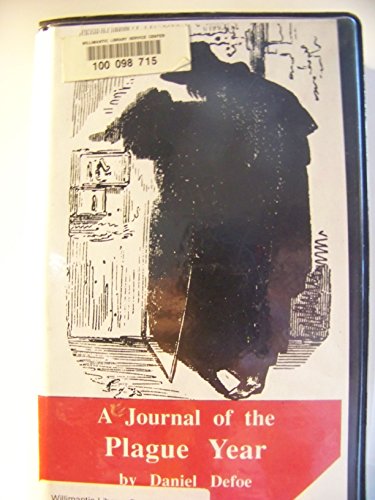 Daniel Defoe (1660-1731) had a variety of careers including merchant, soldier, secret agent, and political pamphleteer. He wrote economic texts, history, biography, crime, and, most famously, fiction, including Robinson Crusoe, Moll Flanders and Roxana.

Cynthia Wall is Assistant Professor of English at the University of Virginia.

It was about the Beginning of September 1664, that I, among the Rest of my Neighbours, heard in ordinary Discourse, that the Plague was returned again in Holland; for it had been very violent there, and particularly at Amsterdam and Roterdam, in the Year 1663, whether they say, it was brought, some said from Italy, others from the Levant among some Goods, which were brought home by their Turkey Fleet; others said it was brought from Candia; others from Cyprus. It mattered not, from whence it come; but all agreed, it was come into Holland again.

We had no such thing as printed News Papers in those Days, to spread Rumours and Reports of Things; and to improve them by the Invention of Men, as I have lived to see practised since. But such things as these were gathered from the Letters of Merchants, and others, who corresponded abroad, and from them was handed about by Word of Mouth only; so that things did not spread instantly over the whole Nation, as they do now. But it seems that the Government had a true Account of it, and several Counsels were held about Ways to prevent its coming over; but all was kept very private. Hence it was, that this Rumour died off again, and People began to forget it, as a thing we were very little concerned in, and that we hoped was not true; till the latter End of November, or the Beginning of December 1664, when two Men, said to be French-men, died of the Plague in Long Acre, or rather at the upper End of Drury Lane. The Family they were in, endeavoured to conceal it as much as possible; but as it had gotten some Vent in the Discourse of the Neighbourhood, the Secretaries of State gat Knowledge of it. And concerning themselves to inquire about it, in order to be certain of the Truth, two Physicians and a Surgeon were ordered to go to the House, and make Inspection. This they did; and finding evident Tokens of the Sickness upon both the Bodies that were dead, they gave their Opinions publickly, that they died of the Plague: Whereupon it was given in to the Parish Clerk, and he also returned them to the Hall; and it was printed in the weekly Bill of Mortality in the usual manner, thus,

The People shewed a great Concern at this, and began to be allarmed all over the Town, and the more, because in the last Week in December 1664, another Man died in the same House, and of the same Distemper: And then we were easy again for about six Weeks, when none having died with any Marks of Infection, it was said, the Distemper was gone; but after that, I think it was about the 12th of February, another died in another House, but in the same Parish, and in the same manner.

This turned the Peoples Eyes pretty much towards that End of the Town; and the weekly Bills shewing an Encrease of Burials in St. Gileses Parish more than usual, it began to be suspected, that the Plague was among the People at that End of the Town; and that many had died of it, thoe they had taken Care to keep it as much from the Knowlege of the Publick, as possible: This possessed the Heads of the People very much, and few cared to go throe Drury-Lane, or the other Streets suspected, unless they had extraordinary Business, that obliged them to it.

This Encrease of the Bills stood thus; the usual Number of Burials in a Week, in the Parishes of St. Giles's in the Fields, and St. Andrew's Holborn were from 12 to 17 or 19 each few more or less; but from the Time that the Plague first began in St. Giles's Parish, it was observed, that the ordinary Burials encreased in Number considerably.