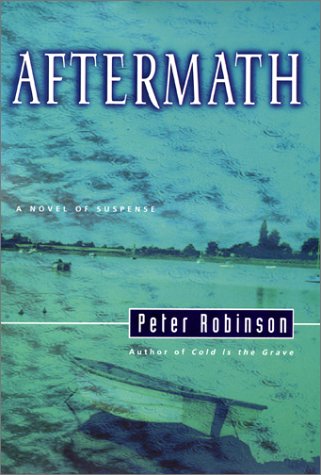 The crime scene awaiting Acting Detective Superintendent Alan Banks is among the worst he has ever encountered. The assailant, Terence Payne, hovers close to death himself. And Payne's brutalized wife, Lucy -- whose overheard screams prompted the original call -- has already been moved to a local hospital for treatment. But these sins and tragedies pale before what else has transpired in a dank basement the press will soon dub the "House of Payne." Now that the fiend is in custody, the long nightmare appears over at last.

But is it? In Alan Banks's mind too many questions need to be answered before he can rest easy. How could the heinous crimes of a popular teacher like Payne have so completely escaped the notice of his peers, his neighbors...his wife? And was fragile, abused Lucy Payne a victim or a reluctant accomplice?

Despite the strain on his own personal life and relationships, Banks refuses to ease up on his investigation. Buried deep in the past are shards of irony, pity, and horror almost too painful to bear, and unspeakable betrayals that deformed more than one childhood. For Banks, for his lover, Annie Cabot -- who suspects heartless political forces are setting her up to destroy a life -- and for the beautiful consulting psychologist Dr. Jenny Fuller, there is much more that must be unearthed in the aftermath of abomination. Because the darkness has not yet lifted, and new casualties are mounting. And there are still monsters loose in the world...

Penzler Pick, October 2001: The mystery novels of Peter Robinson (Aftermath is his 12th) are of increasing power and intensified intelligence. It's a dirty little secret of the crime-fiction genre that many of its writers simply spin their wheels, repeating over and over those old tricks which always have worked for them. They coast on past successes and repeat the formula hoping, if not assuming, that their fans won't notice.

Writers like Robinson, however, actually seem to grow in front of our eyes, delivering books of greater complexity each time. His previous two books, Cold Is the Grave and In a Dry Season, were novels of character and novels of crime, equally, and now Aftermath is here to reward his fans and new readers alike.

Like recent books by fellow English writers Reginald Hill, Val McDermid, and Stephen Booth, Aftermath centers upon a grim case in which attractive young girls have disappeared, victims of a cunning psychotic killer whose identity is well concealed behind a façade of respectability. Detective Chief Inspector Alan Banks of the Yorkshire Police is in charge of the case, but he's also got unavoidable personal distractions. His separated wife, Sandra, is pregnant by her lover, Sean, and wanting the divorce he's been dragging his heels over.

There is nothing cozy about the kind of English mysteries written by Peter Robinson, even if they do take place where picturesque rural villages make up the landscape. He's not afraid of gore or deviance, of violence, or of any of the baser emotions, and it's a raw old world behind the hedgerows and cottage walls. If Aftermath is your first taste of his tough-tender sensibility, it won't be surprising if you soon are hooked on the work of one of today's most accomplished practitioners of detective fiction. --Otto Penzler