Items related to THE ANASTASIA SYNDROME AND OTHER STORIES 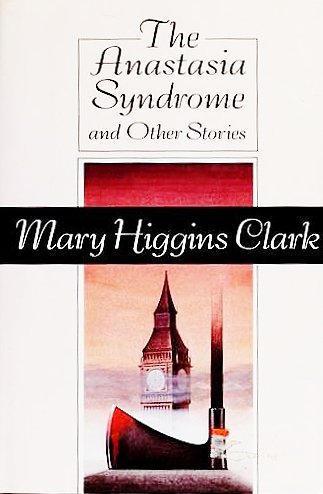 THE ANASTASIA SYNDROME AND OTHER STORIES

Signed by author on title page. This first collection of short fiction from America's queen of romantic suspense contains the title novella--inspired by the true story of Anna Anderson, a woman who claimed to be the Grand Duchess Anastasia, daughter of the Russian Czar--as well as four more stories that are all miniature masterpieces of suspense. Fine, in fine, mylar-protected dust jacket. Bookseller Inventory # 3249

Title: THE ANASTASIA SYNDROME AND OTHER STORIES

A woman's nagging sense of deja vu leads her to discover the truth behind a series of terrorist bombings in the title story, in a collection of short fiction by a leading suspense writer

Mary Higgins Clark's books are world-wide bestsellers. In the U.S. alone, her books have sold over one hundred million copies.

She is the author of thirty-one previous suspense novels. Her first book, a biographical novel about George Washington, was re-issued with the title, Mount Vernon Love Story, in June 2002. Her memoir, Kitchen Privileges, was published by Simon & Schuster in November 2002. Her first children's book, Ghost Ship, illustrated by Wendell Minor, was published in April 2007 as a Paula Wiseman Book/Simon & Schuster Books for Young Readers.

Visit her on the web at www.maryhigginsclark.com.