Items related to Across the Great Divide: The Band and America

Home Hoskyns, Barney Across the Great Divide: The Band and America
Stock Image 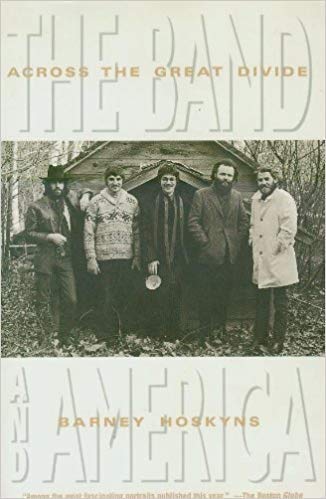 Across the Great Divide: The Band and America

Title: Across the Great Divide: The Band and America

Recounts the turbulent career of The Band--Robbie Robertson, Richard Manuel, Rick Danko, Garth Hudson, and Levon Helm--from their beginnings playing in seedy bars to their rise to international stardom.

A vivid and rollicking biography of one of the great, iconic bands of the 1960s and 70s.

The Band was one of the most celebrated and influential groups to arrive on the music scene in the late sixties. The Band?s members -- four Canadians: Robbie Robertson, Richard Manuel, Rick Danko, Garth Hudson, and a drummer from Arkansas, Levon Helm -- fashioned something magically new out of musically traditional components: old-time country and gospel, Preservation Hall jazz, medicine-show vaudeville.

Starting out as a backing group for Ronnie Hawkins before being propelled onto the world stage by Bob Dylan, The Band retreated from the psychedelic circus of 60s? rock to produce two of the most revered albums of the era. Music from the Big Pink and The Band, were remarkable recordings which steered rock ?n? roll back to its funky rural roots. In this vivid account of the group?s journey, Barney Hoskyns spans the entire course of American rock and brilliantly captures the raw magic and complex personalities of these ?musician?s musicians.?