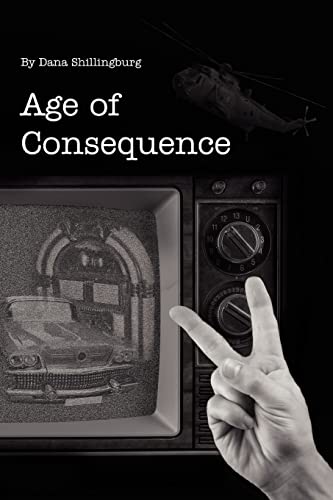 Synopsis: Danny Pulver was one of millions. He was a 'baby boomer' who lived his life in the Baltimore suburbs during the second half of the 20th century and into the new millennium. There was a clamoring for identity among this generation, and each of its members struggled to find purpose in their lives. Danny was no exception. He lived during an Age of Consequence, and was challenged by tests of spirit, endurance, and character. His reaction to turning points in his life would be ordinary as well as extraordinary. Throughout the years Danny learned from experience, and benefited from the love, support, and moral conscience that his parents provided. He ultimately thrived when his purpose in life became clear. In the end, Danny leaves his indelible footprint as an influential contributor to his generation. Although there are fictitious characters and events depicted in this story, many episodes in Danny's life are based on actual events. Therefore, after reading this story and contemplating the cumulative contributions of others like Danny, it is hoped that everyone will be reminded of the relevance and importance in seemingly ordinary lives. Become inspired by Danny's example, and experience a renewed recognition of everyone's individuality and worth.

About the Author: Dana Stephen Shillingburg is a lifelong resident of Maryland, and was born in Baltimore in 1954. He was educated at Towson University in Towson, Maryland where he majored in American History, and graduated with a Bachelor of Science degree in 1978. He also attended the Graduate School at George Washington University in Washington D.C. Dana was married to his wife Laurie in 1978 and has a son Daniel who was born in 1987.Dana currently makes his living in the telecommunications industry, and has traveled extensively throughout the United States and the world. He is also a Navy veteran, an avid Baltimore Oriole baseball fan, and a father whose favorite pastime is watching his son pursue his dreams.

Book Description AuthorHouse, 2003. Paperback. Condition: Good. Connecting readers with great books since 1972. Used books may not include companion materials, some shelf wear, may contain highlighting/notes, may not include cdrom or access codes. Customer service is our top priority!. Seller Inventory # S_269322313

Book Description AuthorHouse, 2003. Condition: Good. A+ Customer service! Satisfaction Guaranteed! Book is in Used-Good condition. Pages and cover are clean and intact. Used items may not include supplementary materials such as CDs or access codes. May show signs of minor shelf wear and contain limited notes and highlighting. Seller Inventory # 1403387966-2-4