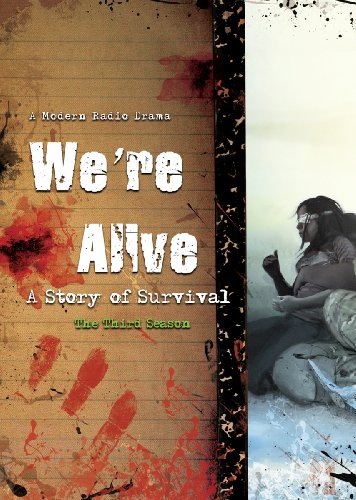 In a world ravaged by horror and depravity, who will survive?

The tower has fallen. Survivors are scattered, scrambling to find safety and each other. The rest of the world comes into view as the threats continue to evolve. Elements of strength and hope start to emerge - but at what cost?

We're Alive: Season 3 features twelve chapters packing performances and sound effects that rival movies and prove that modern audio drama is undead and well. Join our survivors as they band together, struggle to fortify a safe haven, and discover that zombies are far from the worst thing in a postapocalyptic world where the rules of human decency no longer apply.

About the Author: Kc WAYLAND studied both acting and film theory and production at Orange High School s media arts program and graduated with the Principal's Medallion. He also won its Award of Excellence in Arts and Best Student Editor in 2001 and worked as a cinematographer on a video poem entitled Blue Doll, a short that went on to play at the Sundance Film Festival. He has produced numerous short films and a documentary about his journeys overseas after enlisting in the army. This feature-length film won Best Documentary at Chapman University in 2005, Best Student Documentary in the Big Bear Lake International Film Festival in 2006, and Best Student Film at the Tiberon International Film Festival. He currently works at Dodge College of Film and Media Arts as the digital applications specialist. In his time away from work, he continues to write, produce, edit, and direct the award-winning audio-drama serial We're Alive.

1. We're Alive: A Story of Survival, the Third Season

5. We're Alive: A Story of Survival, the Third Season