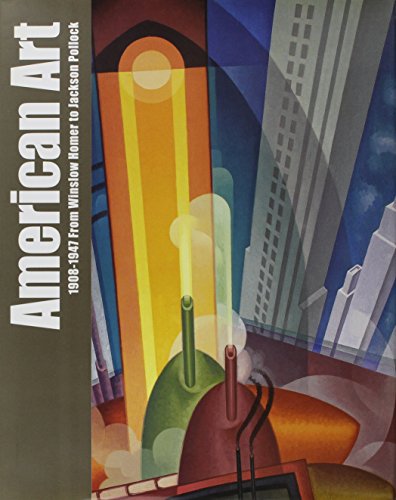 A first edition. Hard to tell from new. DJ is very good and covered in Mylar. We put tracking on every shipment. Sorry this book is not eligible for Priority or International shipping. Bookseller Inventory # 34428

A companion guide to the traveling exhibition organized through F.R.A.M.E.--a major artistic exchange program between the U.S. and France--presents a bold new look at American art, focusing on works from the first half of the twentieth century by such masters as Ansel Adams, Milton Avery, Georgia O'Keefe, and Grant Wood.

The past ten years have seen a wealth of good publications devoted to American art and, in particular, the formation of a uniquely American artistic identity. Expanding that list are two new publications, one from that bastion of American art, the Whitney Museum, and one from an unlikely source: an exhibition created and shown solely in France. Fresh, intelligent, informative, and wide-ranging, the Whitney's American Visionaries illuminates the work and careers of over 280 artists in the collection, from its earliest exhibitors to the big names of postwar American art to contemporary new media artists. Each entry includes a full-color reproduction of a work and a short text that considers both the specific work and the artist's larger role in American art. The introductory essay by Maxwell L. Anderson, the Whitney's director, traces the growth and evolution of this premier collection. This handbook adds nicely to the array of focused collection catalogs recently produced by the museum. Beginning in the early 20th century, American Art surveys its subject through the often-critical eyes of European (primarily French) art historians. The exhibition itself, one in a proposed series, was organized by FRAME (French Regional & American Museums Exchange), a loose organization of 18 French and American museums. The catalog presents 200 works (paintings, sculptures, prints, and photographs), with essays that provide important viewpoints on the development of a unique American art form as seen from a distinctly European perspective. Although the translation is a little awkward at times, the essays are beautifully and liberally illustrated with images from the exhibition. Both books are recommended for all libraries with American art historical collections, though American Art is best for academic and museum libraries, and American Visionaries will be most valued by libraries that do not have other recent collection catalogs from the Whitney. Kraig A. Binkowski, Delaware Art Museum, Wilmington
Copyright 2002 Reed Business Information, Inc.