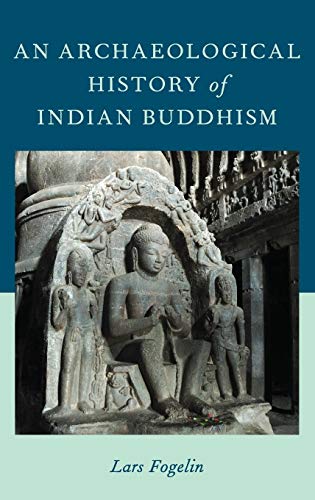 Synopsis: An Archaeological History of Indian Buddhism is a comprehensive survey of Indian Buddhism from its origins in the 6th century BCE, through its ascendance in the 1st millennium CE, and its eventual decline in mainland South Asia by the mid-2nd millennium CE. Weaving together studies of archaeological remains, architecture, iconography, inscriptions, and Buddhist historical sources, this book uncovers the quotidian concerns and practices of Buddhist monks and nuns (the sangha), and their lay adherents--concerns and practices often obscured in studies of Buddhism premised largely, if not exclusively, on Buddhist texts. At the heart of Indian Buddhism lies a persistent social contradiction between the desire for individual asceticism versus the need to maintain a coherent community of Buddhists. Before the early 1st millennium CE, the sangha relied heavily on the patronage of kings, guilds, and ordinary Buddhists to support themselves. During this period, the sangha emphasized the communal elements of Buddhism as they sought to establish themselves as the leaders of a coherent religious order. By the mid-1st millennium CE, Buddhist monasteries had become powerful political and economic institutions with extensive landholdings and wealth. This new economic self-sufficiency allowed the sangha to limit their day-to-day interaction with the laity and begin to more fully satisfy their ascetic desires for the first time. This withdrawal from regular interaction with the laity led to the collapse of Buddhism in India in the early-to-mid 2nd millennium CE. In contrast to the ever-changing religious practices of the Buddhist sangha, the Buddhist laity were more conservative--maintaining their religious practices for almost two millennia, even as they nominally shifted their allegiances to rival religious orders. This book also serves as an exemplar for the archaeological study of long-term religious change through the perspectives of practice theory, materiality, and semiotics.

About the Author:
Lars Fogelin is Associate Professor of Anthropology at the University of Arizona. He is the author of Religion, Archaeology, and the Material World as well as Archaeology of Early Buddhism.

Book Description Oxford University Press, 2015. Condition: Good. A+ Customer service! Satisfaction Guaranteed! Book is in Used-Good condition. Pages and cover are clean and intact. Used items may not include supplementary materials such as CDs or access codes. May show signs of minor shelf wear and contain limited notes and highlighting. Seller Inventory # 0199948216-2-4

8. An Archaeological History of Indian Buddhism

9. An Archaeological History of Indian Buddhism

10. An Archaeological History of Indian Buddhism