Items related to Asian American Literature, an Introduction to the Writings... 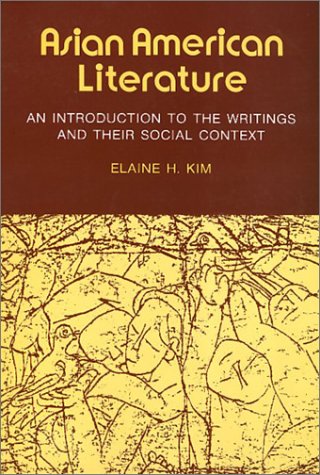 Asian American Literature, an Introduction to the Writings and Their Social Context

An introduction to the literary works of Chinese-Americans, Japanese-Americans, Filipino-Americans, and Korean-Americans, this book focuses on the self-images and social contexts of the nineteenth-century immigrants, their descendants, and the Americanized writers of today.

Although the book examines the novels, autobiographies, poems, and plays themselves, the social history of Asians in American is a significant backdrop—as Maxine Hong Kingston herself argues it should be. These racially distinctive Americans have confronted in their lives and writings American stereotypes of the "Oriental," racial discrimination, and the cultural gulf between East and West.

After a chapter on Fu Manchu, Charlie Chan, and other Anglo-American caricatures of Asians, the author turns to a discussion of the first immigrant writers, many of whom were educated aristocrats playing the role of cultural ambassadors, and then to the less privileged, more socially critical generations of writers who followed.

From works like Flower Drum Song, Eat a Bowl of Tea, The Woman Warrior, China Men, and a host of lesser-known writings, the author shows how portrayals of Chinatown, the Japanese-American family, and the roles of all the Asian-American women and men have changed. Drawing on her personal interviews with Asian-American writers, Kim also conveys their attitudes towards their own group, other Asian-Americans, other racial minorities, and white Americans—a complex mix of bitterness, acceptance, and militance.