Items related to Assata: An Autobiography 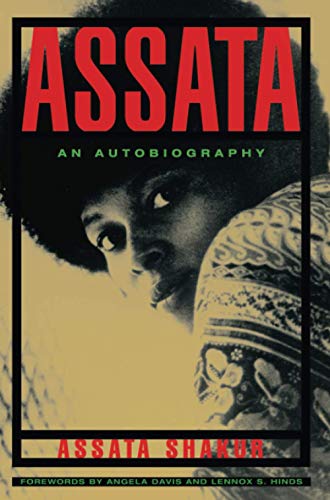 On May 2, 1973, Black Panther Assata Shakur (aka JoAnne Chesimard) lay in a hospital, close to death, handcuffed to her bed, while local, state, and federal police attempted to question her about the shootout on the New Jersey Turnpike that had claimed the life of a white state trooper. Long a target of J. Edgar Hoover's campaign to defame, infiltrate, and criminalize Black nationalist organizations and their leaders, Shakur was incarcerated for four years prior to her conviction on flimsy evidence in 1977 as an accomplice to murder.

This intensely personal and political autobiography belies the fearsome image of JoAnne Chesimard long projected by the media and the state. With wit and candor, Assata Shakur recounts the experiences that led her to a life of activism and portrays the strengths, weaknesses, and eventual demise of Black and White revolutionary groups at the hand of government officials. The result is a signal contribution to the literature about growing up Black in America that has already taken its place alongside The Autobiography of Malcolm X and the works of Maya Angelou.

Two years after her conviction, Assata Shakur escaped from prison. She was given political asylum by Cuba, where she now resides.

This black activist's memoir is like a freeze frame of the late 1960s and early 1970s. Though the polemical rhetoric is dated, the book is an otherwise compelling tale of the impact of white racism on a sensitive and powerful young black woman. Born Joanne Chesimard, she took an African name to confirm her commitment to black liberation, joined militant organizations, and was ultimately convicted of the murder of a New Jersey highway patrol officer in 1977. Her descriptions of life in prison and the vagaries of the court system are especially wrenching. Living now in Cuba as an escaped felon, she continues her utopian plea for revolution. Recommended for large libraries and specialists. Anthony O. Edmonds, Ball State Univ., Muncie, Ind.
Copyright 1988 Reed Business Information, Inc.