Items related to Ayahuasca Reader: Encounters with the Amazon's... 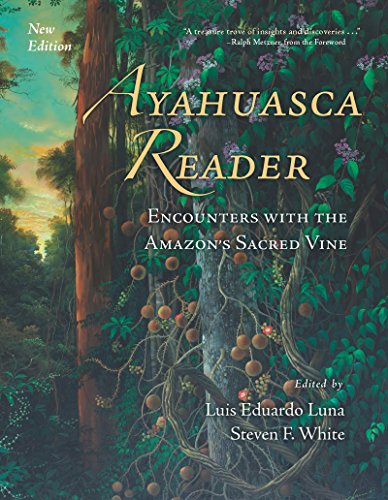 Title: Ayahuasca Reader: Encounters with the ...

The Ayahuasca Reader: Encounters with the Amazon’s Sacred Vine, is a panorama of texts translated from nearly a dozen languages on the ayahuasca experience. These include indigenous mythic narratives, testimonies, and religious hymns, as well as stories related by Western travelers, scientists, and writers who have had contact with ayahuasca in different contexts.

In addition to contributions from Wade Davis, Dennis McKenna, Gerardo Reichel-Dolmotoff and Richard Spruce, the new edition includes essays from Graham Hancock, Alex Grey, Jeremy Narby, Susana Bustos, and a section on Ayahuasca art. The Ayahuasca Reader remains the most comprehensive collection of authoritative writings on the subject ever published. An essential reference for anthropology, ethnobotany and Latin American literature studies, it will be of intense interest to students of Amazonian indigenous culture, Native American spirituality, and metaphysical studies.

Luis Eduardo Luna was born in Florencia, in the Colombian Amazon region. He is both a Guggenheim fellow and Fellow of the Linnean Society of London. Luna worked with Pablo Amaringo to establish the internationally recognized USKO-AYAR Amazonian School of Painting in Pucallpa, Peru. From 1994-1998, he taught as a Professor of Anthropology in Brazil, and currently teaches as a Senior Lecturer at the Swedish School of Economics in Helsinki. He has also been an Associate of the Botanical Museum of Harvard University since 1986.