Items related to THE BELIEVERS 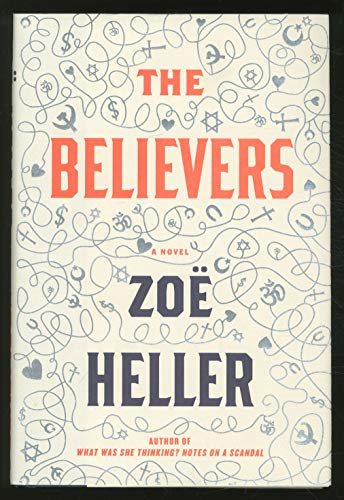 Signed and dated by author on title page. Author of NOTES ON A SCANDAL. New, opened only for signing, in new, mylar-protected dust jacket. Bookseller Inventory # 18922

“[Zoe Heller] is an extraordinarily entertaining writer, and this novel showcases her copious gifts, including a scathing, Waugh-like wit.”—New York Times

Best-selling author Zoe Heller has followed up the critical and commercial success of What Was She Thinking? Notes on a Scandal with another tour-de-force on the meaning of faith, belief, and trust: The Believers. Tragic and comic, witty and intense, The Believers is the story of a dysfunctional family forced by tragedy to confront their own personal demons. In the vein of Claire Messud and Zadie Smith, Zoe Heller has written that rare novel that tackles the big ideas without sacrificing page-turning readability.

When radical New York lawyer Joel Litvinoff is felled by a stroke, his wife, Audrey, uncovers a secret that forces her to reexamine everything she thought she knew about their forty-year marriage. Joel’s children will soon have to come to terms with this discovery themselves, but for the meantime, they are struggling with their own dilemmas and doubts.

Rosa, a disillusioned revolutionary, has found herself drawn into the world of Orthodox Judaism and is now being pressed to make a commitment to that religion. Karla, a devoted social worker hoping to adopt a child with her husband, is falling in love with the owner of a newspaper stand outside her office. Ne’er-do-well Lenny is living at home, approaching another relapse into heroin addiction.

In the course of battling their own demons—and one another—the Litvinoff clan is called upon to examine long-held articles of faith that have formed the basis of their lives together and their identities as individuals. In the end, all the family members will have to answer their own questions and decide what—if anything—they still believe in.

Hailed by the Sunday Times (London) as "one of the outstanding novels of the year," The Believers explores big ideas with a light touch, delivering a tragic, comic family story as unsparing as it is filled with compassion.