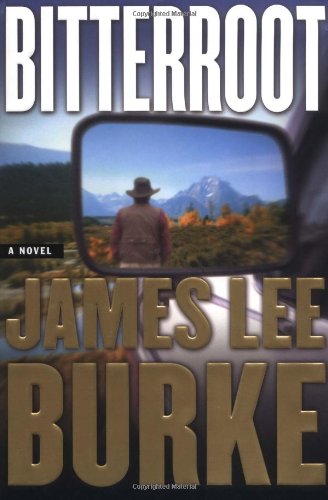 Texas attorney Billy Bob Holland heads to Montana to help his old friend, fellow Vietnam veteran Doc Voss, battle a ruthless local mining company whose operations are devastating the community, unaware that one of his opponents is recent parolee Wyatt Dixon, a man with revenge in his heart and a deadly plan for Holland. 250,000 first printing.

Ex-Texas Rangers are suckers for old friends in distress, so when Vietnam vet and recent widower Doc Voss calls lawyer Billy Bob Holland from Montana with an apparently innocent invitation to visit, Billy Bob packs up and "head[s] north with creel and fly rod in the foolish hope that somehow my own ghosts did not cross state lines."

Doc has managed to alienate everyone in town, including mining interests on the Blackfoot River; a drug-running biker gang; an enclave of white supremacists, led by slimy Carl Hinkel; the local mob connection, in the person of an even slimier Nicki Molinari; and the feds, who don't want anything interfering with their pursuit of both Hinkel and Molinari. After Doc's daughter is brutally raped by three of the bikers, and those three are murdered in a particularly nasty fashion, Holland must try to clear his friend of suspicion. As he ferrets through a tangled web of coincidence and connection, Holland risks losing everything and everyone dear to him.

The wild card in the pack is Wyatt Dixon, a psychopathic ex-con who holds Holland responsible for his sister's death, and who has followed him to Montana: "[Wyatt] recycled pain, stored its memory, footnoted every instance of it in his life and the manner in which it had been visited upon him, then paid back his enemies and tormentors in ways they never foresaw."

James Lee Burke's prose alternately sparkles with a perverse insouciance ("Lamar had gotten his. Big time. Soaked in paint thinner and flame-roasted from head to foot like a burned burrito.") and glows with a muted intensity ("I closed the door and slipped the bolt and went back to sleep and hoped that the sun would rise on a better world for all of us."). The author's capacity to add depth to his characters with a few well-chosen phrases remains striking: the town sheriff walks "heavily, like a man who knew his knowledge of the world would never have an influence upon it"; a group of college boys is "suntanned and hard-muscled, innocently secure in the knowledge that membership in a group of people such as themselves meant that age and mortality would never hold sway in their lives."

Is the Billy Bob Holland series (three novels and counting) just Robicheaux Redux? The ex-Texas Ranger is, as either man might admit, the spittin' image of Dave Robicheaux, Burke's Louisiana PI: simultaneously rugged and rage-filled, chivalrous and callow, debonair and disturbing. And like the Robicheaux series, the Holland novels drift effortlessly among genres: regional writing, gritty noir, classic PI. You can cavil that Burke is repeating himself--or you can rejoice that Burke is continuing to enlarge his pool of intense, lyrical crime novels. Personally, I plump for the latter. --Kelly Flynn