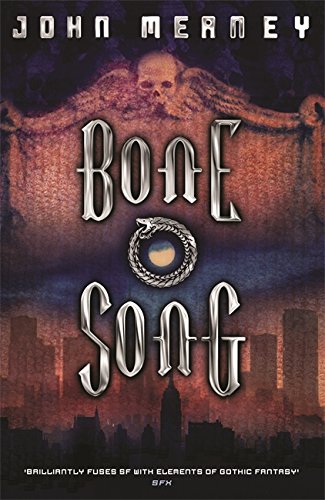 Welcome to Death's City. Lieutenant Donal Connor has been given the most bizarre of new cases. Four famous stage performers have died in recent months, thee of them in state capitals within Transifica, the fourth in far Zurinam. And now the idolised Diva, Maria de Livnova is coming to Tristopolis. Donal's boss is determined that nothing like this is ever to happen in his city. Connor is to have anything he needs as long the Diva lives. And so begins a dark investigation through a world where corpses give up their pyschic energy in the massive necrofulx generators that power the city, where gargoyles talk, where wraiths work in slavery, a world of the dead where corruption is alive. This is an extraordinary SF novel set in alternate universe quite unlike any imagined in SF before; a universe where magic and the supernatural and the undead are given a scientific rationale and horrfyingly plausible rationale. The novel's setting, Tristopolis, is the ultimate noir city; an immense baroque creation of haunted stone skyscrapers, black metal and city-wide catacombs. Its hero, Donal Connor, is immensely likeable and easy to identify with. Even once he's dead. As new, unread copy, in fine, mylar-protected dust jacket. L72. Bookseller Inventory # 19180

Hailed as “the first important new SF writer of the 21st century,” John Meaney delivers a darkly luminous new thriller that blends futuristic noir with gothic fantasy. Here, in a city of the dead where desire is very much alive and murder a pleasure for connoisseurs, an honest cop must face his own darkest impulses just to have a prayer.

There have been four victims already. Famed for their beauty and one-of-a-kind artistic gifts, they were murdered in the most shocking ways imaginable and their corpses stolen. Now the famed diva Maria daLivnova is arriving in Tristopolis—a city literally powered by the massive necroflux generators that process the dead—and it is up to Lieutenant Donal Riordan to make sure she ends her limited engagement alive.

But Riordan isn’t the only one watching deLivnova. For the Diva is being followed by two other secret “protectors”: Commander Laura Steele—who’s made a more or less successful transition to para-life—and her partner, the invisible free-wraith Xalia. They are part of the necropolis’s vast underground network and they’ve mobilized against an unseen enemy for a battle of epic proportions. For a perverse death cult with powerful members in every stratum of society has learned how to distill from the bones of their sacrificed victims the ultimate thrill—a nectar that, once tasted, is impossible to resist. And the more precious the life, the greater the pleasure it is to take it away.

Soon Riordan will find himself in the unlikeliest of alliances as he journeys through a world of corruption—both aboveground and below—among gargoyles and zombies, spirit slaves and assassins, science and sorcery, in search of an enemy even the dead have every reason to fear....

John Meaney is the author of four previous novels. His novelette Sharp Tang was short-listed for the British Science Fiction Award, and To Hold Infinity and Paradox both appeared on the BSFA short lists for Best Novel. Meaney has a degree in physics and computer science and holds a black belt in Shotokan karate. He lives with his wife in Kent, where he is at work on his next novel, Black Blood, the sequel to Bone Song.