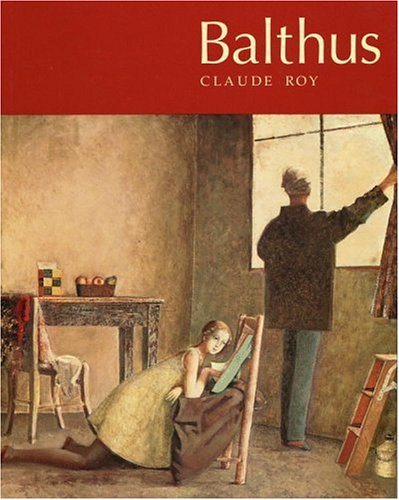 A stated first edition. Book is clean and tight. There is light foxing on the page edges. DJ has wear and chipping along the top. We put tracking on every shipment. Sorry this book is not eligible for Priority or International shipping. Bookseller Inventory # 34778

Balthazar Klossowskide Rola, better known as Balthus, is one of the greatest European painters of our time. Born in 1908 to Polish parents, Balthus grew up in various European cities, most notably Geneva, Berlin, and Paris, where he was introduced to many influential artists and writers, including Rainer Maria Rilke. At age sixteen, Balthus decided to become a painter, seeking the advice of French artists such as Pierre Bonnard and Maurice Denis. Though not part of any major school, Balthus has steadily gained recognition over the past twenty years, especially after an important exhibition of his work at the Metropolitan Museum of Art in New York in 1984. Many of his paintings are now found in major U.S. museums.
This fascinating book takes the scholarship on Balthus to a higher level, revealing new insights into the artist's life and career and reproducing for the first time in color many pictures held in private collections.

Claude Roy is a novelist, poet, essayist, and author of several monographs on twentieth-century artists, including works on Picasso and Modigliani. Roy is a close friend of Balthus.