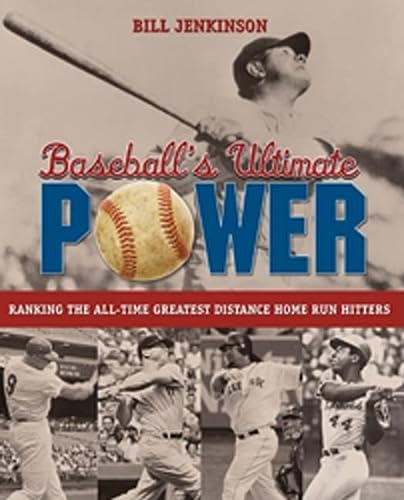 The “tape-measure home run” is the greatest single act of power in the game of baseball, and the tales of these homers are the most cherished legacies players and fans hand down through the generations. Each long-distance shot has become fable; they are baseball's versions of the feats of Paul Bunyon, Hercules, and Samson.

No one but Bill Jenkinson could separate myth from fact and actually study, rank, and describe in riveting detail baseball's strongest long-ball hitters. Fully illustrated with player photos and aerial ballpark photos showing the landing spots of each stadium's longest home runs, Baseball's Ultimate Power is the definitive book on the tape-measure home run and its practitioners. Jenkinson travels through the decades to give us the distances, descriptions, and comparisons of the forty longest hitters in major league history, the ten longest-hitting active players, the five mightiest from the nineteenth century, and the five best tape-measure batsmen from the Negro League era.

Bill Jenkinson is the author of the critically acclaimed The Year Babe Ruth Hit 104 Home Runs. The top expert on the history of long-distance home runs, he has been a consultant for the Baseball Hall of Fame, Major League Baseball, the Society for American Baseball Research, the Babe Ruth Museum, and ESPN.