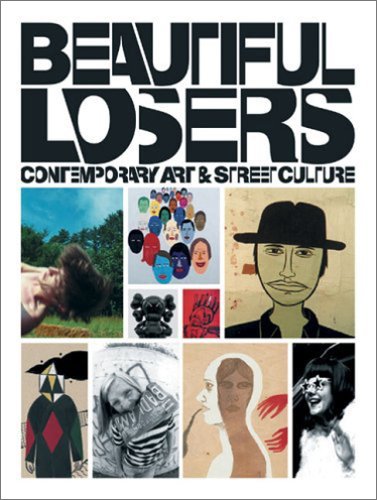 Synopsis: The greatest cultural accomplishments in history have never been the result of the brainstorms of marketing men, corporate focus groups or any homogenized methods; they have always happened organically. More often than not, these manifestations have been the result of a few like-minded people coming together to create something new and original for no other purpose than a common love of doing it. In the 1990s, a loose-knit group of American artists and creators, many just out of their teens, began their careers in just such a way. Influenced by the popular underground youth subcultures of the day, such as skateboarding, graffiti, street fashion and independent music, artists like Shepard Fairey, Mark Gonzales, Spike Jonze, Margaret Kilgallen, Mike Mills, Barry McGee, Phil Frost, Chris Johanson, Harmony Korine and Ed Templeton began to create art that reflected the lifestyles they led. Many had no formal training and almost no conception of the inner workings of the art world. They learned their crafts through practice, trial and error, and good old-fashioned innovation. Not since the Beat Generation have we seen a group of creative individuals with such a unified aesthetic sense and varied cultural facets. The world of art has been greatly affected by their accomplishments as have the worlds of fashion, music, literature, film, and, ironically, athletics. Beautiful Losers is a retrospective celebration of this spirit, with hundreds of artworks by over two dozen artists, from precursors like Jean-Michel Basquiat, Keith Haring and Larry Clark, to more recent adherents Ryan McGinness, KAWS and Geoff McFetridge. Work in all conceivable mediums is included, plus reproductions of reams of ephemera. The accompanying essays are contributed by a half-dozen writers who have championed these beautiful losers from the start. This paperback reprint includes more pages, more images, an exhibition checklist, installation shots from a variety of exhibitions and an interview with Beautiful Losers advocate Agnes B.

About the Author: Harmony Korine was born in Bolinas, California in 1974. At 19, he wrote the screenplay for Kids, directed by Larry Clark, and later wrote and directed Gummo, which won awards at the Venice and Rotterdam film festivals, and Julian Donkey-Boy, which won an award for best art direction at the Gijon International Film Festival in Spain. He is the author of the novel A Crack Up at the Race Riots.

Book Description Condition: Good. A+ Customer service! Satisfaction Guaranteed! Book is in Used-Good condition. Pages and cover are clean and intact. Used items may not include supplementary materials such as CDs or access codes. May show signs of minor shelf wear and contain limited notes and highlighting. Seller Inventory # 1933045302-2-4