Items related to Becoming China: The Story Behind the State 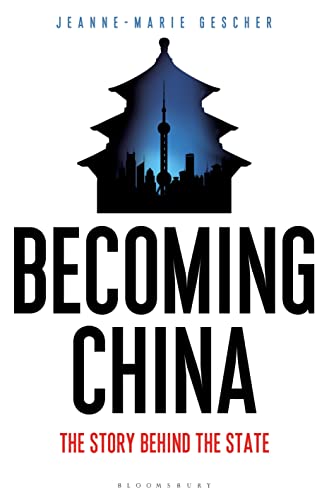 Becoming China: The Story Behind the State

Title: Becoming China: The Story Behind the State

One of the two most powerful states in the world, China continues to be seen as a mystery even after decades of an open door. How does China work, what does it want, why does it want it, and what does its rise to global power mean for the rest of the world? As the twenty-first century looks set to be the stage for a battle about competing geopolitical ideals, these are urgent questions for everyone with an interest in what the future might bring.

Despite decades of a relatively open door relationship with the rest of the world, China is still a mystery to many outside it. A world of its own, China is both a microcosm and an amplification of questions and events in the wider world. China's story offers us an opportunity to hold a mirror to ourselves: to our own assumptions, to our values, and to our ideas about the most important question of all: what it means to be human in the world of the state.

Epic in scope, this is the story of how China became the state it is today and how its worldview is based on what has gone before. Weaving together inspirations, ideas, wars and dreams to reveal the heart of what it means to be Chinese and how the past impacts on the present.

Jeanne-Marie Gescher founded of one of the earliest private advisory firms in China, and was honorary legal advisor to successive British ambassadors to the People's Republic of China from 1989 to 2015. Awarded an OBE for her China work in 2001, she has advised policy institutions on the social, human, and environmental changes that have taken place and on their implications, for China and the wider world. Beginning in 2008, Jeanne-Marie devoted particular attention to addressing the gap between scientific knowledge and qualitative insight; this has included building knowledge tools for cross-cutting and actionable insight to support global corporate and institutional decision-making. Jeanne-Marie continues to be a long-term advisor on strategy, geopolicy, and geovolution to individual business leaders, and an advisor on China to a number of policy institutions and non-governmental organizations. She is also a Senior Fellow at the School of Oriental and African Studies (SOAS) of London University.