Items related to Before I Die 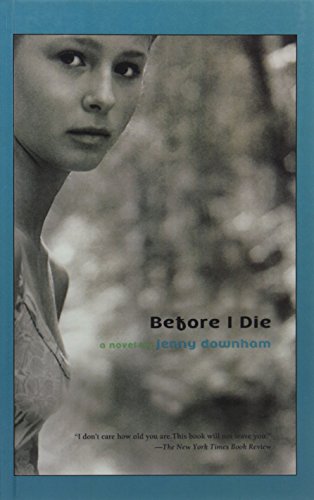 Title: Before I Die

For the many readers who love"The Fault in Our Stars," this is the story of a girl who is determined to live, love, and to write her own ending before her time is finally up.
Tessa has just months to live. Fighting back against hospital visits, endless tests, and drugs with excruciating side effects, Tessa compiles a list. It s her To Do Before I Die list. And number one is Sex. Released from the constraints
of normal life, Tessa tastes new experiences to make her feel alive while her failing body struggles to keep up. Tessa s feelings, her relationships with her father and brother, her estranged mother, her best friend, and her new boyfriend, are all painfully crystallized in the precious weeks before Tessa s time runs out.
"A "Publishers Weekly "Best Children s Book of the Year
A "Booklist "Editors Choice
A Book Sense Children s Pick
A "Kirkus Reviews "Editors Choice
A "Publishers Weekly "Flying Start Author"
" An ALA-YALSA Top Ten Best Book for Young Adults"
The newly released feature film"Now Is Good, "starring Dakota Fanning, is based on Jenny Downham's intensely moving novel."

It's really going to happen. They said it would, but this is quicker than anyone thought.

Everyone has to die. We all know it.

With only a few months of life left, sixteen-year-old Tessa knows it better than most.

She's made a list though - ten things she wants to do before she dies. Number one is sex. Starting tonight.

Uplifting, life-affirming, joyous - this extraordinary novel celebrates what it is to be alive by confronting what it's really like to die.