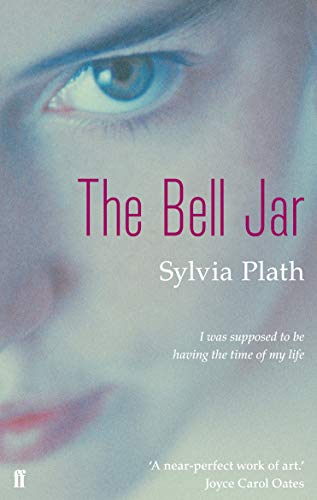 Fairly worn, but readable and intact. If applicable: Dust jacket, disc or access code may not be included. Seller Inventory # 3IIK10001W2Y

Synopsis: Esther Greenwood is at college and is fighting two battles, one against her own desire for perfection in all things - grades, boyfriend, looks, career - and the other against remorseless mental illness. As her depression deepens she finds herself encased in it, bell-jarred away from the rest of the world. This is the story of her journey back into reality. Highly readable, witty and disturbing, The Bell Jar is Sylvia Plath's only novel and was originally published under a pseudonym in 1963. What it has to say about what women expect of themselves, and what society expects of women, is as sharply relevant today as it has always been.

Review: Plath was an excellent poet but is known to many for this largely autobiographical novel. The Bell Jar tells the story of a gifted young woman's mental breakdown beginning during a summer internship as a junior editor at a magazine in New York City in the early 1950s. The real Plath committed suicide in 1963 and left behind this scathingly sad, honest and perfectly-written book, which remains one of the best-told tales of a woman's descent into insanity.

Book Description Paperback. Condition: Very Good. All orders are dispatched the following working day from our UK warehouse. Established in 2004, we have over 500,000 books in stock. No quibble refund if not completely satisfied. Seller Inventory # mon0004449147

Book Description Paperback. Condition: Good. The book has been read but remains in clean condition. All pages are intact and the cover is intact. Some minor wear to the spine. Seller Inventory # GOR001379468

Book Description Paperback. Condition: Fair. A readable copy of the book which may include some defects such as highlighting and notes. Cover and pages may be creased and show discolouration. Seller Inventory # GOR001350475

Book Description Paperback. Condition: Very Good. The book has been read, but is in excellent condition. Pages are intact and not marred by notes or highlighting. The spine remains undamaged. Seller Inventory # CIN000921382

Shipping: US$ 16.54
From United Kingdom to U.S.A.
Destination, rates & speeds

There are 32 more copies of this book