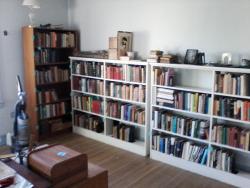 Berthoff Books sells books previously owned by the late Prof. Warner B. Berthoff, Professor of English and American Literature, emeritus, at Harvard University, and members of his family. Books that belonged to Prof. Berthoff have inventory numbers beginning "WBB." Some books contain marginalia by Warner Berthoff, Prof. Ann E. Berthoff (emerita, U. Mass-Boston, English composition and rhetoric), or others, which we aim to describe accurately. Our inventory features English and American fiction and poetry, 20th-century literary criticism, world literature, history, and philosophy. Other categories are history and politics of Asia, S. Africa and the Middle East; intelligence agencies and gnostic beliefs; Russian literature and criticism; and Russian and Soviet history. 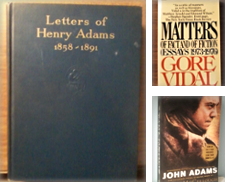 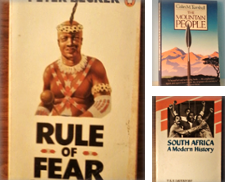 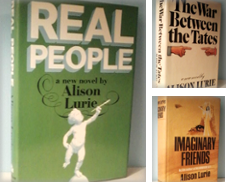 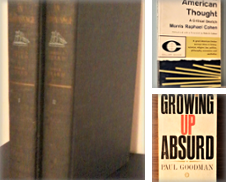 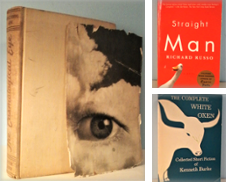 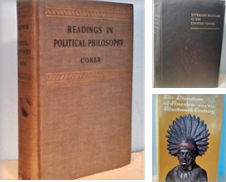 Used books of American fiction and poetry, most of which belonged to Prof. Warner Berthoff (Bryn Mawr College, Harvard University), author of The Example of Melville, The Ferment of Realism, Hart Crane: A Reintroduction, Literature and the Continuances of Virtue, American Trajectories, and other books. Some books contain his annotations. Please note that we have created catalogues of books from the library of Warner Berthoff for related topics, including American History, English Literature, Essays, European History, Literary Criticism, Literary History, and Poetry. Links to them are provided in the index below.
View the Full Catalog

This catalogue groups books inscribed to the late Prof. Warner Berthoff and to Prof. Ann E. Berthoff by their authors--former students, colleagues, fellow scholars, and friends. Books of poetry, art and drama are included, as well as works of literary criticism.
View the Full Catalog

Berthoff Books sells books previously owned by the late Prof. Warner B. Berthoff, the Henry B. and Anne M. Cabot Professor of English and American Literature, emeritus, at Harvard University, and members of his family. Some books contain highlighting and marginalia by Prof. Berthoff and other previous owners, which we aim to describe accurately in each case.

Our store policies and descriptions adhere to those set forth by AbeBooks. Please ask us any questions you may have prior to ordering, abou...

AS OF JULY 2020 USPS MEDIA MAIL AND PRIORITY MAIL SHIPMENTS ARE RUNNING LATE, DUE TO THE COVID-19 PANDEMIC. THE STATED OUTSIDE ESTIMATE OF 30 DAYS FOR STANDARD (MEDIA MAIL) SHIPPING HAS RARELY BEEN THE CASE, BUT SUCH A DELAY HAS OCCURRED ONCE OR TWICE. Our standard domestic shipping rate is based on USPS Media Mail rates for shipments weighing up to 3 lb. Books are packaged using bubble-pack envelopes or a cardboard/moisture-protection combination. International shipping rates are based on shipments weighing up to 2 lb (0.9 kg). Heavier or oversized items may be subject to extra shipping charges, which will be stated to the buyer before finalization of the transaction. International Priority Mail shipping charges may be reduced on books that fit in a USPS small flat-rate box. International Standard (First-Class Package International) shipping charges may be reduced for a second or more books if the total package weight does not exceed 2 lb.