Items related to Biblical Fracking: Midrash for the Modern Christian 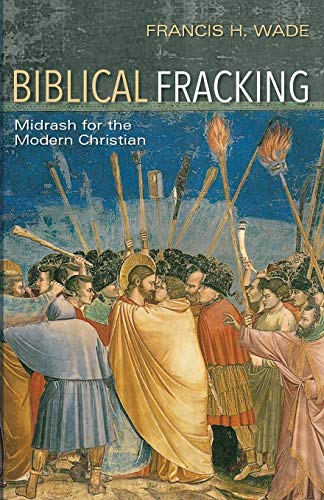 Synopsis:
Christian theology has lacked a tradition resembling Jewish midrash (“inquiring” or “expounding”) to explore beyond the literal texts of Scripture. Francis H. Wade fills that gap with Biblical Fracking: Midrash for the Modern Christian. As he writes in the introduction, “Biblical fracking, in the spirit of its historical roots and its geological namesake, means reaching into the cracks and crevasses of the biblical narrative to extract the richness that lurks there.” All forms of fracking have potential for benefit as well as abuse. Wade leads us on the narrow path to where we can hear God’s word in fresh ways. For example, he asks readers to consider how Sarah felt when Abraham left to sacrifice their only son, Isaac. What was it like to have the quixotic Peter as a husband, or to have a brother like Jesus? Was Judas Iscariot simply the venal betrayer, as commonly caricatured, or was he a devoted disciple who tried to force Jesus’ hand? In these and other expositions, Wade reveals Scripture’s celebrated and obscure figures with empathy, designed to enrich our understanding of the Bible’s saints and sinners, people much like ourselves.
About the Author:
Francis H. Wade is a graduate of The Citadel and Virginia Theological Seminary. He served congregations in his native West Virginia for seventeen years before twenty-two years at St. Alban's Parish on the grounds of the Washington National Cathedral. He has taught at two seminaries and twice served as chaplain to the General Convention of the Episcopal Church. Previous books include The Art of Being Together and Transforming Scripture, as well as several sermon anthologies.