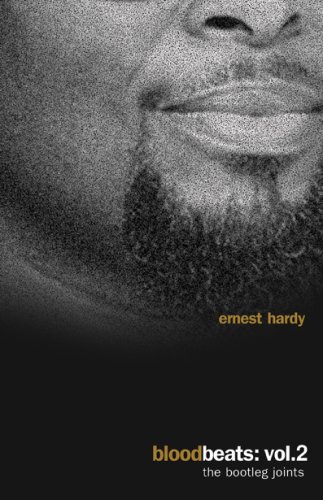 About the Author: Ernest Hardy writes about film and music from his home base of Los Angeles. His criticism has appeared in the LA Weekly, the LA Times, Vibe, The New York Times, Rolling Stone, the Source, Millennium Film Journal, Flaunt, Request, Minneapolis City Pages, and the reference books 1,001 Movies You Must See Before You Die and Classic Material: The Hip-Hop Album Guide, among others. He's written liner notes for Chuch D Presents: Louder Than a Bomb, the box-set Say It Loud: A Celebration of Black Music in America, Curtis Mayfield: Gospel, and the box-set Superstars of Seventies Soul; he is the winner of the 2006 ASAP-Deems Taylor Award for excellence, honoring his liner notes for the Chet Baker CD, Career 1952-1988. A Sundance Fellow and a member of LAFCA (Los Angeles Film Critics Association), he's sat as a juror for the Sundance Film Festival, the San Francisco International Film Festival, the Palm Springs International Short Film Festival and Los Angeles Outfest. He's also co-programmed the FUSION Film Festival in Los Angeles.

Book Description Brand: RedBone Press, 2008. Paperback. Condition: GOOD. Has little wear to the cover and pages. Contains some markings such as highlighting and writing. Supplemental materials are not guaranteed with any used book purchases. Seller Inventory # 0965665992_abe_gd

Book Description Redbone Pr 2008-03-01, 2008. Paperback. Condition: Good. Item is in good condition. Some moderate creases and wear. This item may not come with CDs or additional parts including access codes for textbooks. Might be an ex-library copy and contain writing/highlighting. Seller Inventory # DS-0965665992-3