Home Coster, Peter The Book of the A1 and A2 Pacifics 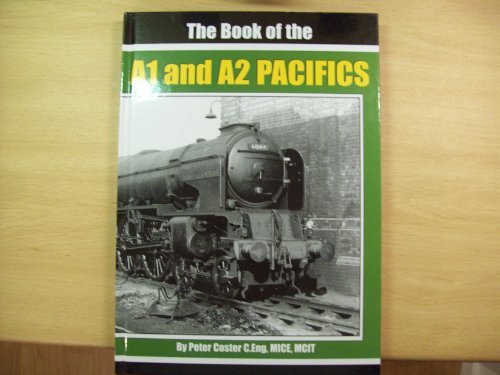 The Book of the A1 and A2 Pacifics

Title: The Book of the A1 and A2 Pacifics
Publisher: Irwell Press
Publication Date: 2007
Binding: Hardcover
Book Condition: New

Book Description Irwell Press, Clophill, Bedfordshire, England, 2007. Laminated Pictorial Boards. Condition: Very Good. No Jacket. First Edition. 232 pages b/w photos - In this book dealing with the principal steam express locomotives of the LNER and its nationalised successor, we consider the Pacifics that followed those of Sir Nigel Gresley, finishing with the last, and perhaps by post-war railway operational standards, the most successful steam design, the A1 Pacific of Arthur Peppercorn. The A1 was introduced not merely in the eleventh hour of the old Big Four , but almost in the last five minutes of that hour. In the mêlée of nationalisation, the new Railway Executive's mechanical engineering team, determined to create a new railway with the new standard locomotives, turned its back on the most successful large passenger designs. These were Gresley's A4 and Sir William's magnificent Duchess Pacific, joined by Peppercorn's A1. The sequence of events that led to the A1 actually started with Gresley's Mikado of 1934, and it was the need to resolve the problems of these magnificent but flawed locomotives that led to the emergence firstly of the Pacifics of Edward Thompson, then secondly those of Arthur Peppercorn. With the relatively abrupt abandonment of steam in favour of diesel and electric traction, the working life of all post-war designs was truncated, and the engines working life became shorter with the later designs. Seller Inventory # 017175