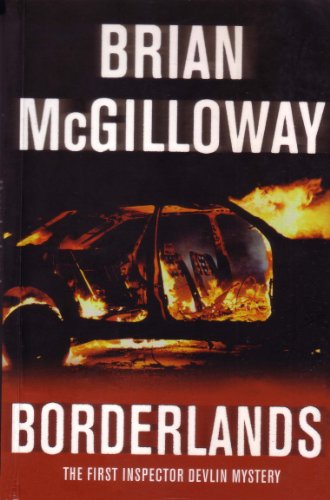 Synopsis: The corpse of local teenager Angela Cashell is found on the Tyrone-Donegal border, between the North and South of Ireland, in an area known as the borderlands. Garda Inspector Benedict Devlin heads the investigation: the only clues are a gold ring placed on the girl's finger and an old photograph, left where she died. Then, another teenager is murdered, and things become further complicated when Devlin unearths a link between the recent killings and the disappearance of a prostitute twenty-five years earlier - a case in which he believes one of his own colleagues is implicated. As a thickening snow storm blurs the border between North and South, Devlin finds the distinction between right and wrong, vengeance and justice, and even police-officer and criminal becoming equally unclear. A dazzling and lyrical debut crime novel, "Borderlands" marks the beginning of a compelling new series featuring Inspector Benedict Devlin.

About the Author: Brian McGilloway was born in Derry, Northern Ireland in 1974, and teaches English at St Columb's College, Derry. Previously he has written plays and short stories. He lives near the Borderlands, with his wife and their two sons.

Book Description MacMillan New Writing, U.K., 2007. Condition: Good. Airside e. Former Library book. Shows some signs of wear, and may have some markings on the inside. Seller Inventory # GRP112047491

Book Description MacMillan New Writing, U.K. Paperback. Condition: Very Good. A copy that has been read, but remains in excellent condition. Pages are intact and are not marred by notes or highlighting, but may contain a neat previous owner name. The spine remains undamaged. At ThriftBooks, our motto is: Read More, Spend Less. Seller Inventory # G0230020070I4N00