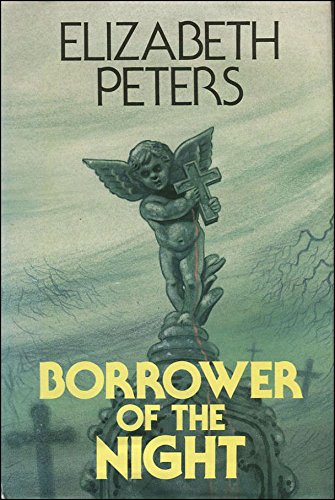 Borrower of the Night

Synopsis: It began as a game, a treasure hunt in an old German castle. For the beautiful and brilliant Vicky Bliss, it was also a challenge, a chance to bring an arrogant young man down a notch or two. And all things considered, it would have been no contest.

The prize was a centuries-old shrine carved by Tilman Riemenschneider, probably Germany's greatest master of the late Gothic period. The place was the forbidding Schloss Drachenstein, where the stones were stained with ancient blood and the air reeked of evil.

The problem was that someone was targeted, and the game was soon being played in deadly earnest.

About the Author: ELIZABETH PETERS, whose New York Times best-selling novels are often set against historical backdrops, earned a Ph.D. in Egyptology at the University of Chicago. She also writes best-selling books under the pseudonym Barbara Michaels. She lives in Frederick, Maryland.

Book Description Hardback. Condition: Good. The book has been read but remains in clean condition. All pages are intact and the cover is intact. Some minor wear to the spine. Seller Inventory # GOR006619501