Home Edward Ellsberg On the Bottom 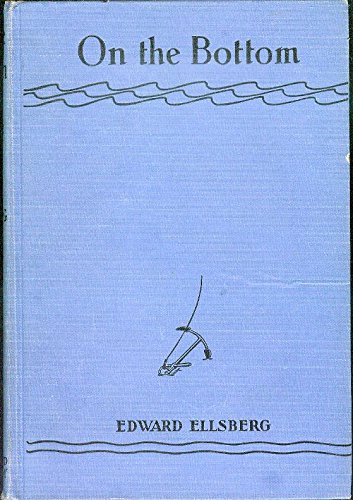 Synopsis: Considered a classic of the sea since its first publication in 1928, this is a gripping account of the sinking of a submarine through collision, and the heroic efforts undertaken to rescue her crew.

Commander Edward Ellsberg was a brilliant marine engineer who developed salvage techniques still in use today. His raising of two sunken submarines in the 1920's – including the one described in this book -- led to public recognition and special promotion by act of Congress. He entered the United States Naval Academy in 1910 and was graduated as honor man of his class. After varied service on the USS Texas, he was ordered to the Massachusetts Institute of Technology for post graduate work in Naval Architecture where he received a Master of Science degree. Thereafter he specialized in construction, diving, and engineering. His many inventions have proved important contributions to naval science. During WWII his work played an immense role in furthering the Allied war effort.

In 1925 he was detailed as Salvage Officer on the S-51. As a result of his extraordinary work in raising that submarine, he was awarded the Distinguished Service Medal by the Navy (the first time that honor has ever been conferred in time of peace) and promoted to Commander.

He retired from the Navy but volunteered his services for the rescue of the S-4 during which he narrowly escaped death. In connection with his salvage work on these submarines, the Secretary of the Navy wrote to him saying: "For this work, well done, cheerfully done, and loyally done, I thank you in behalf of the Navy."

Book Description Condition: Acceptable. The Hardcover shows normal wear and tear. Some corner dings. The dust jacket is missing. The pages show normal wear and tear. There is a signature or handwriting on the inside front cover. Fast shipping, ships within 1 business day!. Seller Inventory # 4E6G5L000A44

Book Description Dodd Mead. Hardcover. Condition: GOOD. Has little wear to the cover and pages. Contains some markings such as highlighting and writing. Seller Inventory # 0396004695_abe_gd

Book Description Dodd Mead, 1960. Condition: Good. Twentieth Printing. Former Library book. Shows some signs of wear, and may have some markings on the inside. Seller Inventory # GRP113359305

Book Description Dodd Mead, 1960. Condition: Good. A+ Customer service! Satisfaction Guaranteed! Book is in Used-Good condition. Pages and cover are clean and intact. Used items may not include supplementary materials such as CDs or access codes. May show signs of minor shelf wear and contain limited notes and highlighting. Seller Inventory # 0396004695-2-4

9. On the Bottom Ellsberg, Edward