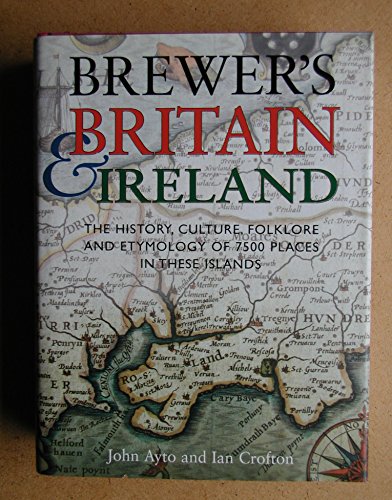 2005. First edition. Hardcover. Bibliography and Reference.Clean Copy in Dustwrapper. . . . . Books ship from the US and Ireland. Bookseller Inventory # KDK0008375

Pick any spot in the British Isles and you’re sure to find a touch of local color, as this authoritative guide so entertainingly demonstrates. The authors have selected 7,500 of the most interesting places and place-names, from Ashby-de-la-Zouch (scene of Ivanhoe’s unforgettable joust), to Wetwang, where builders recently discovered the 2,300-year-old grave of an Iron Age woman who was buried with a chariot. Tourists, scholars, and armchair travelers will revel in fascinating facts on everything from what’s odd about the name Avon River” to why Brits say God bless the Duke of Argyle!” when someone scratches an itch.