Items related to The Broken Lands 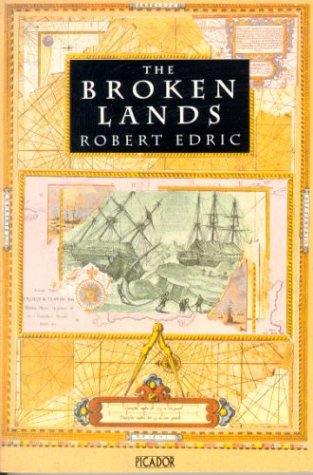 Quantity: 1
View all  copies of this book
Buy Used
Price: US$ 4.00 Convert Currency
Shipping: US$ 30.00 From New Zealand to U.S.A. Destination, rates & speeds
Add to basket

The Broken Lands-a treacherous labyrinth of ice through which the fabled Northwest Passage was sought for centuries. Cabot, Frobisher, Hudson, Parry and Ross were all defeated, and the names on the maps testify to their despair: Bay of God's Mercy, the Devil's Cape, Savage Isles, and Repulse Bay.

Determined to succeed where the rest had failed, Sir John Franklin-"the Lion of the Arctic"-set sail from Greenland in 1845. His two ships, the Erebus and the Terror, were last sighted in August of that year, after which the entire expedition-all 135 men-disappeared.

For three years, the two ships were trapped in the Arctic ice. Eventually the slow vise of the ice pack and spoiling provisions proved to be too much. Nothing was heard of Franklin's expedition for over a decade, and only many years later did the world begin to learn of their terrible, agonizing fate. In this enthralling, richly inventive novel, Robert Edric recreates what possibly happened to this doomed expedition.

Robert Edric is the author of several acclaimed novels. The Broken Lands is the first of his novels to be published in America. He currently lives in East Yorkshire.

Home based internet sales only. Specialise in out of print,fiction and non fiction hardcover books on any and every subject


Credit card payments through Abebooks. Books will be sent by Economy Air - 2 to 4
weeks - unless a faster service is requested. Our book collection includes a good
selection of collectable, out-of-print and hard-to-find titles. Refund if not
satisfied.


Orders usually ship within 2 business days. Books will be sent by Economy Air - 2 to 4 weeks - unless a faster service is requested. Shipping costs are based on books weighing 2.2 LB, or 1 KG. If your book order is heavy or oversized, we may contact you to let you know extra shipping is required.