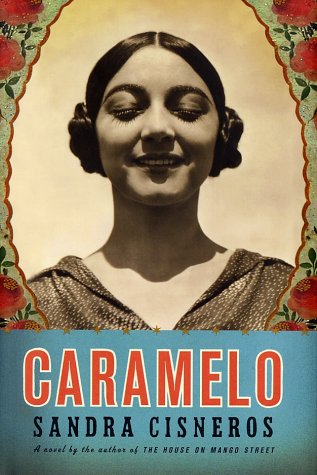 The celebrated author of The House on Mango Street gives us an extraordinary new novel, told in language of blazing originality: a multigenerational story of a Mexican-American family whose voices create a dazzling weave of humor, passion, and poignancy—the very stuff of life.

Lala Reyes’ grandmother is descended from a family of renowned rebozo, or shawl, makers. The striped caramelo rebozo is the most beautiful of all, and the one that makes its way, like the family history it has come to represent, into Lala’s possession. The novel opens with the Reyes’ annual car trip—a caravan overflowing with children, laughter, and quarrels—from Chicago to “the other side”: Mexico City. It is there, each year, that Lala hears her family’s stories, separating the truth from the “healthy lies” that have ricocheted from one generation to the next. We travel from the Mexico City that was the “Paris of the New World” to the music-filled streets of Chicago at the dawn of the Roaring Twenties—and, finally, to Lala’s own difficult adolescence in the not-quite-promised land of San Antonio, Texas.

Caramelo is a romantic tale of homelands, sometimes real, sometimes imagined. Vivid, funny, intimate, historical, it is a brilliant work destined to become a classic: a major new novel from one of our country’s most beloved storytellers.

Caramelo, Sandra Cisneros's first novel since her celebrated The House on Mango Street, weaves a large yet intricate pattern, much like the decorative fringe on a rebozo, the traditional Mexican shawl. Through the eyes of young Celaya, or Lala, the Reyes family saga twists and turns over three generations of truths, half-truths, and outright lies. And, like Celaya's grandmother's prized caramelo (striped) rebozo, so is "the universe a cloth, and all humanity interwoven.... Pull one string and the whole thing comes undone." The Reyes clan, from Awful Grandmother Soledad and her favorite son Inocencio to Celaya, follow their destinies from Mexico City to the U.S. armed forces, jobs upholstering furniture, and to Chicago and San Antonio. Celaya gathers and retells, in over 80 chapters, the stories that reinforce her family's, and subsequently her own, identity as they travel between the U.S.-Mexican border and within the United States. Rich with sensory descriptions and animated conversations and peppered with Mexican cultural and historical details, this novel can hardly contain itself. Also an acclaimed poet, Cisneros writes fiercely and thoroughly, and her characters enter and exit the page with uncommon humanity. Although the book is long--over 400 pages plus a relevant U.S.-Mexico chronology--in many ways it's not long enough. The world of the 20th-century Mexican family, and of the Reyeses in particular, is as complicated, timeless, and satisfying as our own family stories. --Emily Russin