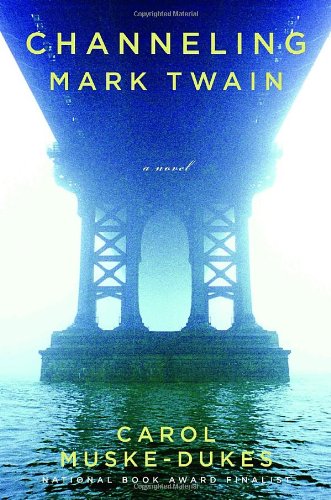 Signed by author on title page in black fountain ink. Author is the director of the graduate program in literature and creative writing at the University of Southern California. The recipient of numerous grants and awards, a Guggenheim Fellowship among them, Muske-Dukes is the author of six collections of poetry and the novels DEAR DIGBY, SAVING ST. GERM, and LIFE AFTER DEATH. Fine, in fine, mylar-protected dust jacket. L45. Bookseller Inventory # 18949

Fresh out of graduate school, Holly Mattox is a young, newly married, and spirited poet who moves to New York City from Minnesota in the early 1970’s. Hoping to share her passion for words and social justice, Holly is also determined to contribute to the politically charged atmosphere around her. Her mission: to successfully teach a poetry workshop at the Women’s House of Detention on Rikers Island, only minutes from Manhattan.

Having listened to her mother recite verse by heart all her life, Holly has always been drawn to poetry. Yet until she stands before a class made up of prisoners and detainees–all troubled women charged with a variety of crimes–even Holly does not know the full power that language can possess. Words are the only weapon left to many of these outspoken women: the hooker known as Baby Ain’t (as in “Baby Ain’t Nobody Better!”); Gene/Jean, who is mid-sex change; drug mule Never Delgado; and Akilah Malik, a leader of the Black Freedom Front.

One woman in particular will change Holly’s life forever: Polly Lyle Clement, an inmate awaiting transfer to a mental hospital upstate, one day announces that she is a descendant of Mark Twain and is capable of channeling his voice. And so begins Holly’s descent into the dark recesses of the criminal justice system, where in an attempt to understand and help her students she will lose her perspective on the nature of justice–and risk ruining everything stable in her life. As Holly begins an affair

with a fellow poet–who claims to know her better than she knows herself–she finds herself adrift between two ends of the social and political spectrum, between two men and two identities.

National Book Award finalist Carol Muske-Dukes has created an explosive, mesmerizing novel exploring the worlds of poetry, sex, and politics in the unforgettable New York City of the seventies. Written with her trademark captivating language and emotional intuition, Channeling Mark Twain is Muske-Dukes’s most powerful work to date.

Carol Muske-Dukes is professor and founder of the graduate program in literature and creative writing at the University of Southern California and also teaches at Columbia University. She is the author of three novels, including Life After Death, and seven poetry collections, including Sparrow, a National Book Award finalist, and An Octave Above Thunder, nominated for the Los Angeles Times Book Prize. Her collection of essays on Hollywood, Married to the Icepick Killer, was named a Best Book of the Year by the San Francisco Chronicle. Muske-Dukes is the recipient of many awards, among them a Guggenheim fellowship. A former poetry columnist for the Los Angeles Times Book Review, she has reviewed and written extensively for The New York Times. Born in St. Paul, Minnesota, Muske-Dukes lives in New York City and Los Angeles.