Items related to CITY OF BONES 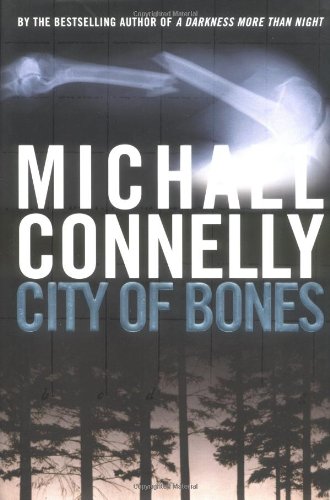 Confronted by his own tragic past when the bones of a twelve-year-old boy are found in the Hollywood Hills, Harry Bosch embarks on an investigation to unearth the boy's identity, which leads to startling discoveries, a romance with a female cop, and the possible destruction of his career. 100,000 first printing.

Since his first appearance in 1992's Edgar-winning The Black Echo, Detective Hieronymous "Harry" Bosch has joined Dennis Lehane's Patrick and Angie, George Pelecanos's Derek Strange, and Greg Rucka's Atticus Kodiak in the pantheon of new-school hard-boiled detectives. Rather than giving Bosch a clever gimmick (like Jeffery Deaver's Lincoln Rhyme, who is a quadriplegic), Michael Connelly embraces the noir archetype: Bosch, an L.A. homicide detective, is a chain-smoking loner who refuses to play by his superiors' rules. Although he has quit smoking, Harry's still the same tightlipped outsider, taking each crime as a personal affront as he tries to cleanse his beloved city of the darkness he sees engulfing it.

In City of Bones, Connelly's eighth Bosch title, Bosch and his well-dressed partner, Jerry Edgar, are working to identify a child's skeleton, buried for 20 years in the forest off Hollywood's Wonderland Drive, and to bring the killer to belated justice. For Bosch this is more than just another homicide, as the mystery child, beaten and abandoned, comes to represent much of what he sees as evil in his city. Add in a tragic love affair with a fellow cop, complications from overzealous media, and the growing feeling that he's fighting a losing battle about which no one cares, and the usually stoic Bosch is pushed to his limits. This isn't the strongest plot Connelly has concocted for Bosch, but it leads to an ending the whole series has been building toward. The conclusion may not shock longtime fans, but it will leave them wondering where the series will go from here. --Benjamin Reese