Items related to CONVERSATIONS WITH SCORCESE 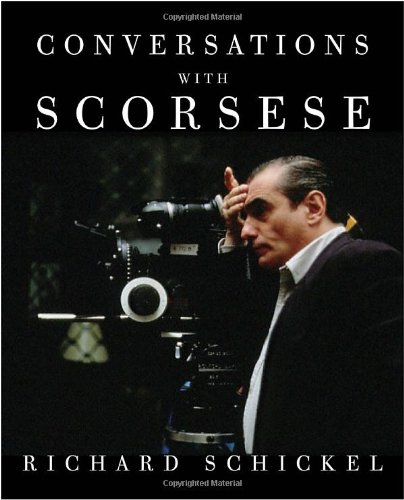 Mean Streets, Taxi Driver, Raging Bull, The Last Temptation of Christ, Kundun, The Departed, The Aviator, Shutter Island: these are just a few of the critically acclaimed films, startling experimental works, and spectacular commercial blockbusters with which Martin Scorsese has forever enriched American cinema. Here is a rare and wonderfully insightful chance to experience all of these films, and the history and process of moviemaking in general, through the words and wit of the master director.

Richard Schickel’s canny and intelligent interviews guide us through Scorsese’s life and work, from the child who escaped the realities of Little Italy in the 1950s through movies to the man whose increasingly encyclopedic knowledge of film shaped his ambitions and art. Scorsese reveals which films are most autobiographical and which have been forays into unknown territory in content or aesthetics. He talks about his lesser-known movies, those already considered classics, his documentaries, and his influences. He explains his personal style, the close attention he pays to detail, and his attraction to genre films. And he discusses what being a lifelong student of film has taught him about acting, directing, music, and camerawork, among many other topics.

The result is a vivid, immensely enlightening history of modern Hollywood seen through the eyes of one intrepid filmmaker. We see audiences’ expectations tested by what Scorsese was willing to put on the screen in explorations of prostitution, institutionalized violence, and religion. We see the unavoidable frustrations and exhilarating rewards of filming live concerts for The Band and at Woodstock. And we see many of the rewarding artistic and personal relationships of Scorsese’s career, including collaborations with Robert De Niro, Harvey Keitel, Jack Nicholson, and Leonardo DiCaprio.

An invaluable appreciation of one of our most admired film directors.

Richard Schickel is a film critic, filmmaker, and movie historian who has written more than thirty-five books, including Clint Eastwood: A Biography and The Disney Version. He is, as well, the director-writer-producer of thirty documentary films, among them Charlie: The Life and Art of Charles Chaplin, Woody Allen: A Life in Film, and Shooting War. He is the recipient of a Guggenheim Fellowship, the British Film Institute Book Prize, the Maurice Bessy Prize for film criticism, and the William K. Everson Award for Film History. He lives in Los Angeles.