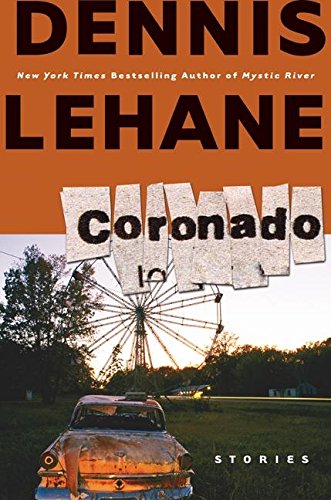 From Dennis Lehane, the award-winning author of Mystic River, Shutter Island, and the Kenzie-Gennaro series, comes a striking collection offive short stories and a play.

A small southern town gives birth to a dangerous man with a broken heart and a high-powered rifle. . . .

A young girl, caught up in an inner-city gang war, crosses the line from victim to avenger. . . . An innocent man is hunted by government agents for an unspecified crime.

. . . A boy and a girl fall in love while ransacking a rich man's house during the waning days of the Vietnam War. . . . A compromised psychiatrist confronts the unstable patient he slept with. . . . A father and a son wage a lethal battle of wits over the whereabouts of a stolen diamond and a missing woman. . . .Along with completely original material, this new col-lection is a compilation of the best of Dennis Lehane's previously published short stories, including "Until Gwen," which was adapted for the stage in 2005 and appears in this book as the play Coronado.

At turns suspenseful, surreal, romantic, and tragically comic, these tales journey headlong into the heart of our national myths—about class, gender, freedom, and regeneration through violence—and reveal that the truth waiting for us there is not what we'd expect.

Dennis Lehane is the author of ten previous novels—including the New York Times bestsellers Live by Night; Moonlight Mile; Gone, Baby, Gone; Mystic River; Shutter Island; and The Given Day—as well as Coronado, a collection of short stories and a play. He lives in California with his family.