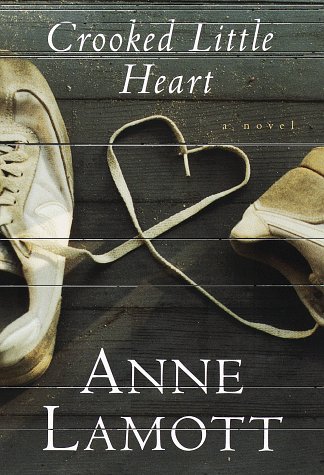 With the same brilliant combination of humor and warmth that marked Operating Instructions and Bird by Bird, her two bestselling works of nonfiction, Anne Lamott now gives us an exuberant richly absorbing portrait of a family for whom the joys and sorrows of everyday life are magnified under the glare of the unexpected.

The Fergusons make their home in a small California town where life is supposed to resemble paradise, but for thirteen-year-old Rosie (last seen in Lamott's beloved novel Rosie), reality is a bit harsher.  Her mother, a recovering alcoholic, is still beset by grief over the early death of her first husband.  Rosie's stepfather is a struggling writer plagued by doubts and hilarious paranoia. And Rosie, aching in the bloom of young womanhood and obsessed with tournament tennis, finds that her athletic gifts, initially a source of triumph, now place her in peril, as a shadowy man who stalks her from the bleachers seems to be developing an obsession of his own.

At 13, Rosie plays a gangly, pigeon-toed second fiddle to her juicy, sexy friend Simone. The two are junior tennis champs who often cart home trophies. But driven by the gnawing fear that she's a loser, Rosie starts to cheat. Meantime, boy-crazy Simone dabbles in off-court disaster. Up in the bleachers a weird loner named Luther obsessively follows Rosie's games, while at home her mother wrestles her own demons. Anne Lamott (Operating Instructions) has turned in a fair depiction of the blood and bones of adolescence that's thankfully leavened by sharp humor and transcendent moments. The novel is uneven and heavy-handed at times, but often rewarding.