Items related to Calvin Littlejohn: Portrait of a Community in Black... 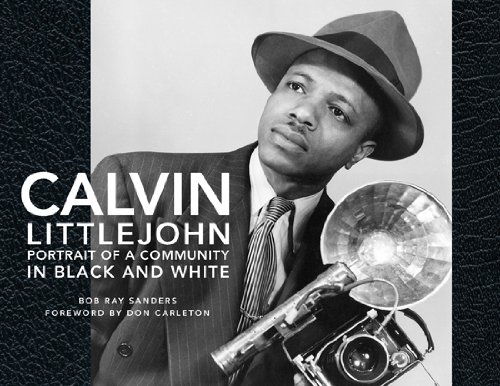 Calvin Littlejohn: Portrait of a Community in Black and White

In 1934, the year Calvin Littlejohn came to Fort Worth, the city was a sleepy little burg. This was the Jim Crow era, when mainstream newspapers wouldn’t publish pictures of black citizens and white photographers wouldn’t take pictures in black schools.

In Fort Worth, Littlejohn began what would become a lifelong career of documenting the black community. And there would be nothing remotely related to the white culture’s depictions of Amos ‘n’ Andy or black kids grinning over a slice of watermelon in Littlejohn’s portrayal of his adopted home and the people he came to appreciate and love. Littlejohn’s natural aptitude for drawing had been honed by correspondence courses in graphic design and a stint in a photo shop where he learned about the camera, lighting, and the use of shadows.

When Littlejohn was assigned to be the official photographer at I. M. Terrell—the city’s only black high school at the time—his professional career was launched.

Unlike many segregated cities, where blacks lived only in one section, blacks in Cowtown lived in every quadrant of the city. There was a thriving black business district, with hotels, restaurants, a movie theater, a bank, and a major hospital, pharmacy, and nursing school. And of course, there were the schools and churches. All would eventually be seen through Littlejohn’s lens.

Although he never set out to be the documentarian of Fort Worth’s black community, he did what he set out to do: to capture the best of a community, focusing on its good times.

This book features more than 150 shots Littlejohn captured over the course of his career.

An introduction by BOB RAY SANDERS to Calvin Littlejohn: Portrait of a Community in Black and White sets Littlejohn's photography in its social, political, and cultural context. Sanders' thorough research into identifying unnamed people in Littlejohn's photographs adds much to the history of the black community in Fort Worth. Sanders' journalism career has spanned more than three decades and three media: newspaper, television and radio. He currently is vice president and associate editor of the Fort Worth Star-Telegram. He worked many years at the Dallas/Fort Worth PBS affiliate, where he served as reporter, producer, station manager, and vice president.