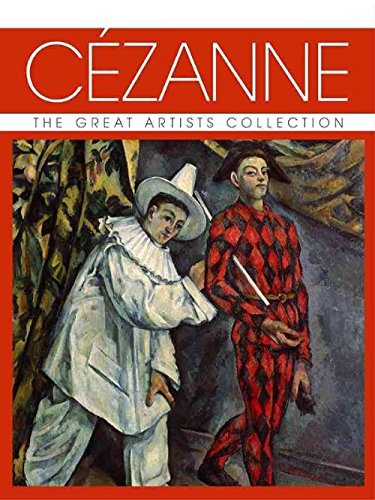 Synopsis: Paul Czanne was highly revered by not just his contemporaries (although this took some time to materialize), but also the 20th- and 21st-century artists that were to follow him. Perhaps this is because his paintings and great works were universal and easy to interpret, with monumental great landscapes, still life, and portraitures, or perhaps it is because he brought something fresh, exciting, and new. Described as the Father of Modernism, Cezannes style and influences changed from his early darker palettes to colorful and vibrant pieces, largely owing to his association with fellow artist Camille Pissarro. The paintings from the 1870s developed through Impressionism still widely regarded as one of the greatest movements in the art world to his later works into the 20th century, with their foundations firmly and geometrically routed in Cubism. He lived and worked through a time when Impressionism was in its heyday, and he often used these techniques, but he is more often than not considered a Post-Impressionist. He had a firm belief that everything in existence could be formed using cylinders, cones, and spheres geometrical shapes would play a huge part in his development as a leading artist and would point toward a Cubist movement. It took almost all of the 45 years of Cezannes career for him to achieve the recognition and acclaimed criticism that he deserved, but it came around 1900, just six years before his death, leaving the French artist with an enduring legacy and a prominent place in art history.

From School Library Journal: Gr 6-10-Excellent, in-depth examinations of celebrated painters. Each of these titles opens with a context-setting introduction, followed by a few pages of biography, and then moves on to a lengthy section detailing major works, along with technical analysis and biographical and historical background. All of the books are lavishly illustrated with large reproductions of the works, photographs of the artists, and relevant artifacts of their respective periods and cultures. The authors are adept at establishing in simple terms the social and aesthetic implications of the artists' bold choices. A final chapter in each book includes information on where to find museums displaying the paintings. The biographical sections are surprisingly brief, though more details are supplied in the artwork sections. VERDICT These outstanding introductions are well suited for both research and ready reference.α(c) Copyright 2011. Library Journals LLC, a wholly owned subsidiary of Media Source, Inc. No redistribution permitted.

Book Description Mason Crest. Library Binding. Condition: Very Good. A copy that has been read, but remains in excellent condition. Pages are intact and are not marred by notes or highlighting, but may contain a neat previous owner name. The spine remains undamaged. The dust jacket is missing. At ThriftBooks, our motto is: Read More, Spend Less. Seller Inventory # G1422232573I4N01